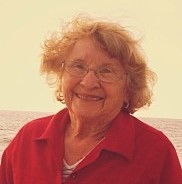 Joan Genevieve Spetz Brannigan, 94, of Wadsworth, Ohio, passed away peacefully, grasping the hand of her youngest child, Carol Brannigan Grande and surrounded by people who loved her at The Inn at CoalRidge, on December 31, 2020, following a brief illness.

Joan was born on November 25, 1926 in Toledo, Ohio, the eldest of six to parents Leo & Genevieve Spetz. Joan was a great student of most subjects, especially English. She was the Salutatorian of her high school class and served as the editor of the school newspaper. During high school, she often went to the Palace Theater in Cleveland to see the big bands including Frank Sinatra, Jimmy Dorsey, Tommy Dorsey, Glenn Miller. It was there that she perfected her dance moves, only to be teased about them later by her daughters. In 1945 she went to Bowling Green State University to major in Journalism and joined Alpha Xi Delta sorority. The social scene was dull at the beginning because the girls outnumbered the men 7 to 1, but “soon the veterans started returning from the war, and things livened up,” Joan once recalled.

She met Fran (Patrick) Brannigan in the summer of 1946 at a Catholic Club meeting. They were married July 17, 1948 at St. Mary’s Church in Painesville and soon moved to Wadsworth, Ohio, where they lived the rest of their lives. While starting their family, Joan got a job at the local newspaper, The News Banner. She performed administrative tasks and contributed feature articles. Joan believed that “Everyone has a story worth telling,” and she told the stories of many extraordinary-ordinary people over the years. She interviewed many famous people too, including Martha Stewart and Mother Theresa. She received many awards for her work, but it was the illumination of people’s stories that she found most fulfilling.

Joan was active in her community, serving on the board of the Wadsworth Public Library, volunteering at the Community Pregnancy Center, leading Girl Scout troops, volunteering at Sacred Heart Church and School, participating in the Wadsworth Art & History club, and many more; one year, Wadsworth named her “Citizen of the Year.” Though her professional and community lives were fulfilling, her most ardent focus was her family. She took good care of Fran during their 71 years of marriage. She often chuckled, “I don’t know how he would survive without me!”

As parents, she and Fran were the very best anyone could ask for. They were role models of grace and resilience, faith and love. In July of 1970, they faced unbearable tragedy together when their oldest, beloved son Patrick (Rick) was killed in a train accident. Somehow, Joan and Patrick pulled themselves together, and with awesome faith, hope and love, they raised the rest of us.

Survived by sister, Jacque Westall and brothers Joe (Genice) Spetz and John (Libby) Spetz, children Jim, Tom (Denice), Peggy (Steve Smith), Bonnie (Mark Sellers) and Carol (John) Grande, and 14 beautiful grandchildren. We cherish her amazing wit which got better as she aged and turned into “Joan Zingers”, her compassion, her faith, her humility and the way that she showered everyone with acceptance and love.

We would like to offer special recognition and gratitude to the amazing staff at The Inn at CoalRidge, who cared for her tenderly and treated her like the “Belle of the Ball.” Oftentimes, when Joan would learn of a friend or loved one’s passing, she shared the following passage by Henry Scott Holland:

“Death is nothing at all, I have only slipped into the next room. I am I and you are you. Whatever we were to each other, that we are still. Call me by my old familiar name. Speak to me in the easy way which you always used. Put no difference in your tone, wear no forced air of solemnity or sorrow. Laugh as we always laughed at the little jokes we enjoyed together. Play, smile, think of me, pray for me…”

The family will hold a private burial service.

In her memory, contributions would be greatly appreciated by the Wadsworth Public Library (https://www.wadsworthlibrary.com/support-us/donate).