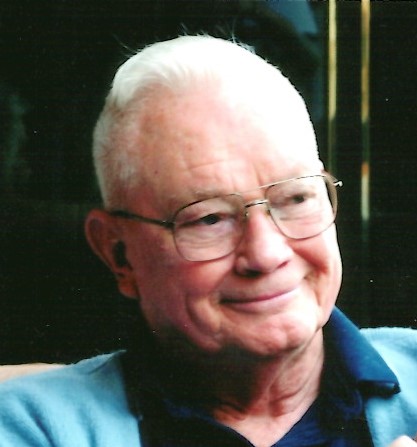 Paul R. Brown, 89, formally of Wadsworth, Ohio, more recently of Hudson, passed away Saturday, September 12, 2020. Paul was born on February 21, 1931 in Kismet, KS, to the late J.V. and Annis Brown. Paul was an active member of First Christian Church, Wadsworth for 45 years, with elder, trustee, and choir member among the many way he served. He served in the Navy during the Korean War. He worked for Firestone around 40 years, followed by six years with Lou Perry and Associates. He married Jenienne Ann Fisher on August 18, 1950, in Burlington, CO, and after moving around the country for 24 years, they settled in their home in Wadsworth for 45 years. Paul cared for Jenienne with love and great tenderness until her death earlier this year. They were married for 69 years. He is survived by his four children, Karen (Marvin) Burns, David (Kathy) Brown, Timothy (Cindy) Brown, and Michael (Kellie) Brown, as well as by nine grandchildren, three great-grandchildren, and his sister Joan (Hugh) Large. To his children, he was an example of a life of faith, as well as a sports coach, math tutor, card shark, and lover of corny jokes.
Friends are welcome to come for visitation from 5:00-7:00 pm, Wednesday, September 16th at Hilliard-Rospert Funeral Home, 174 N. Lyman St., Wadsworth. The family will hold a private funeral, with interment at the Ohio Western Reserve National Cemetery, on Thursday.
The family wishes to thank the staff at Hudson Grande Senior Living and Harbor Light Hospice for their loving care of Dad. Memorial donations may be made to First Christian Church.