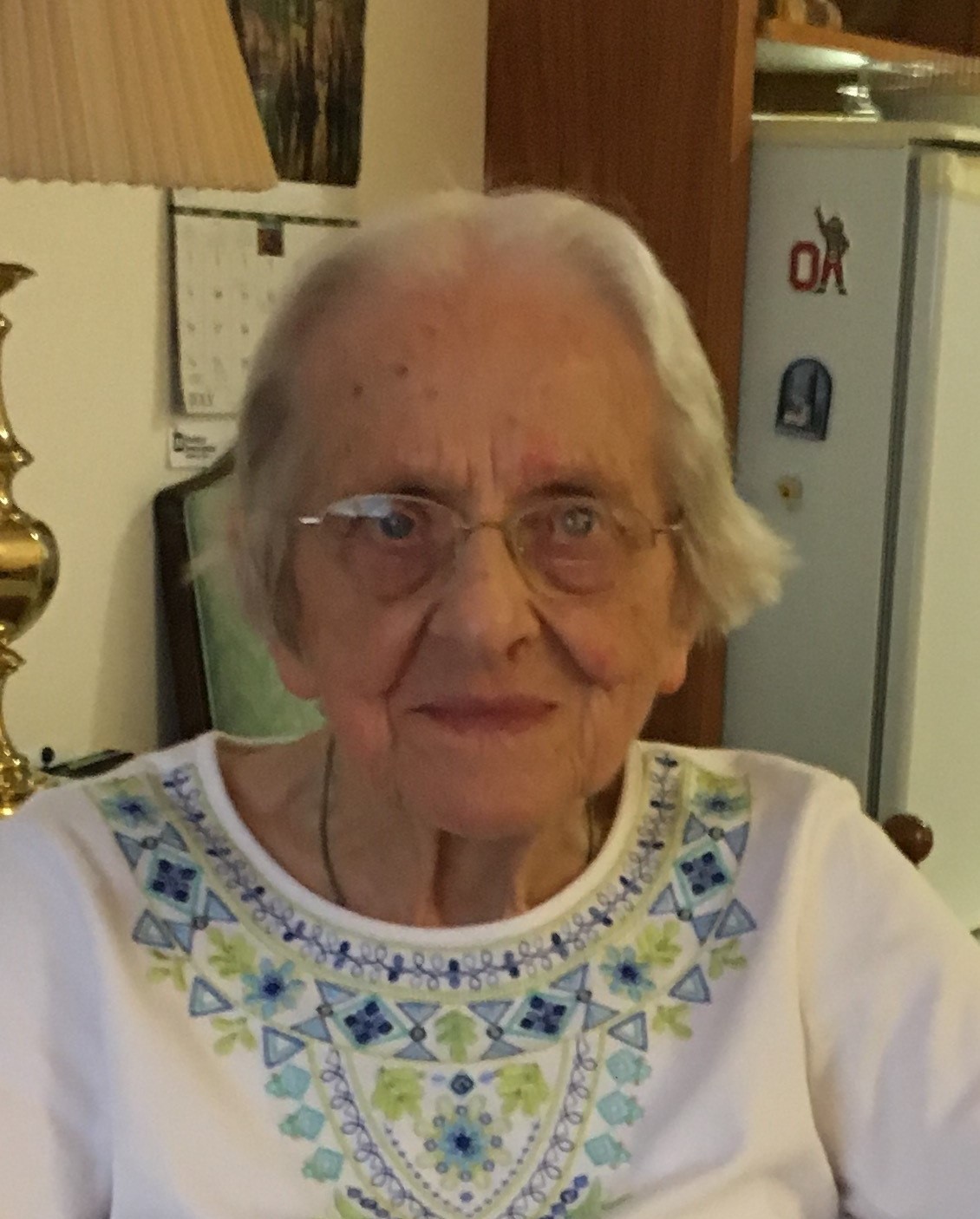 Helen M. (nee Sybelnik) Bux, age 102, passed away quietly at her home on May 1,. 2021. She was born in 1918 to John and Anna Sybelnik in Struthers, Ohio. She graduated from Struthers High School and the Youngstown Business College, then worked as a legal secretary for the Coal (Interior) Department in Washington, D.C. At the opening of World War II, she volunteered for the Women’s Army Corp and was assigned to the Headquarters of the 92nd Combat Bomb Wing near Cambridge, England, where she served as a secretary at the U. S. airbase until the end of the War, obtaining the rank of sergeant. There she met her future husband, William J. Bux, a sergeant from Wadsworth, Ohio, and upon return to Ohio at the end of the War, they were married in Struthers, Ohio. They set up their home in Wadsworth, Ohio, where she lived for all but the last year of her life. After her children were raised, she worked as a secretary at the Brecksville VA Hospital until she retired. Helen and William were both proud veterans, and members of the Wadsworth American Legion and the Women’s Auxiliary of American Legion Post 170.
They raised four children in Wadsworth: William (Linda), Robert (Linda), Bud (Wilma), and Carole Davies (Glenn). She is survived by 3 children, 5 grandchildren: Jennifer Wadding, Kevin(Brandi) Bux, Elizabeth Bux, Robert Bux, and Kathryn (John) Rodeman; 8 great-grandchildren, and 1 great-great-grandchild. She was preceded in death by her husband, William, and her son Bud.
She was a kind and cheerful person who usually wore a smile and never complained. She stressed family, a strong work ethic, and scholarship. She maintained her mental sharpness until the end. She was an excellent baker, winning the Buehler’s cookie contest with her old-fashioned sugar cookies. She was a member of Sacred Heart of Jesus Catholic Church in Wadsworth since she moved to Wadsworth. She was a member of the church’s Altar and Rosary Society. A long life, well lived.
A Mass of Christian Burial will be held at Sacred Heart Catholic Church, 272 Broad St., Wadsworth on Wednesday May 5, 2021 at 11:00 AM, with calling hours at Hilliard-Rospert Funeral Home, 174 N. Lyman St., Wadsworth 9:00 to 10:30 AM before the mass, and a private family burial after the mass.
In lieu of flowers, memorial tributes may take the form of contributions in Helen Bux’s name to the Sacred Heart of Jesus Parish, 260 Broad St., Wadsworth, Ohio 44281.
The family would like to express their appreciation and thank the staff of The Echelon of Medina for their care and kindness shown to Helen.