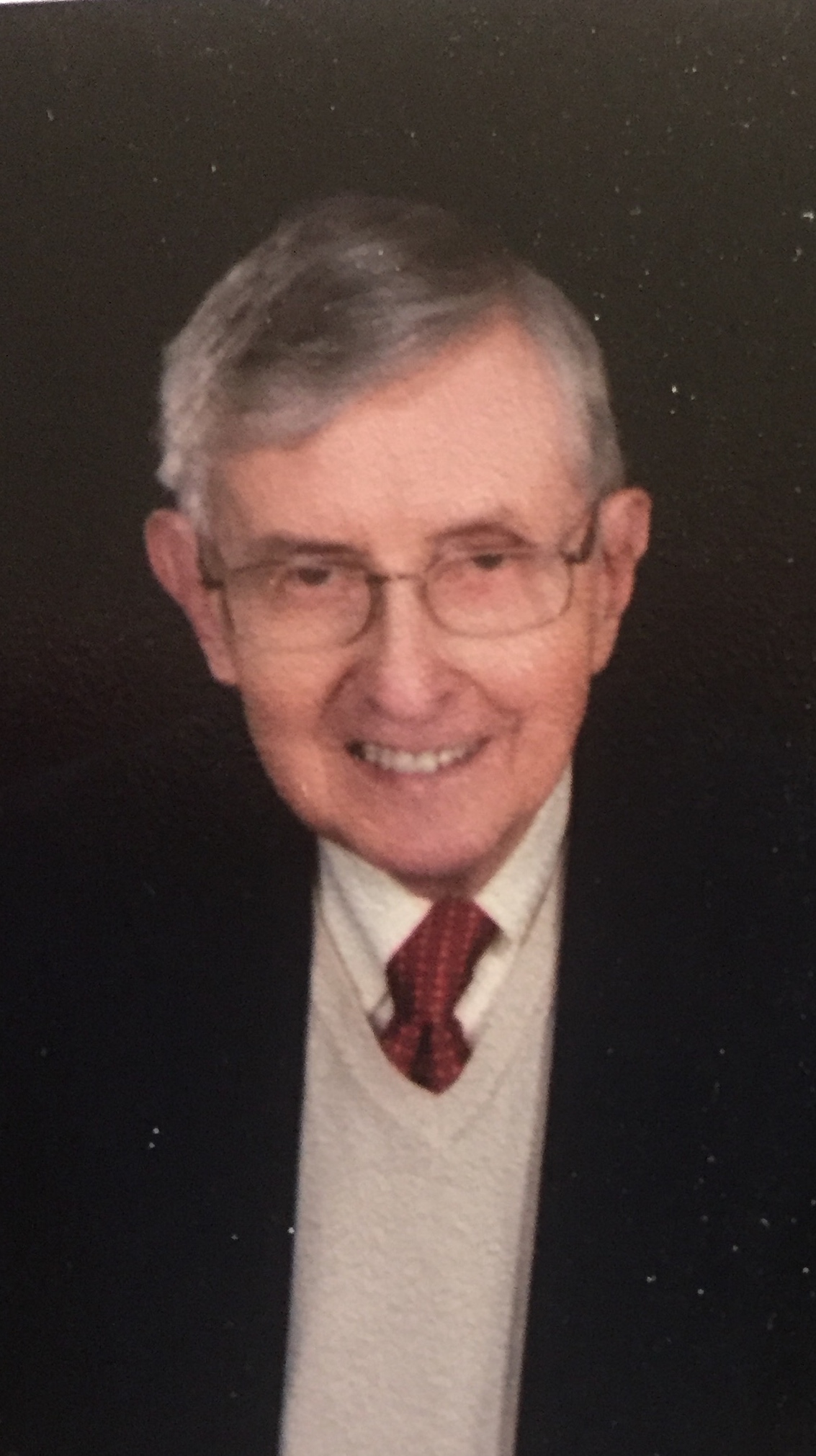 Edward P. Calame, 89, passed away peacefully on Tuesday, July 28, 2020 in Willard, Ohio. Ed was born April 25, 1931 in Marshallville, Ohio to Paul and Grace (Troyer) Calame.
Ed, a lifelong Wadsworth, Ohio resident, was a loving husband, a devoted and caring father and grandfather, and a dedicated professional and leader in the banking business for his entire working life.
Ed was a 1949 graduate of Wadsworth H.S. and earned an Associate Degree in Finance Banking from the University of Virginia.
A devout Christian, Ed served in many capacities for over 60 years at First Christian Church of Wadsworth, Ohio, including two times as Chairman of the Board. He also served as chairman of the 1981 pastor search committee, responsible for calling Rev. James L. Singleton. He was a choir member for 40 years and an active Sunday School teacher. His involvement with the church also extended to district, state, and national levels. One of his greatest blessings was serving two terms as a director of the Board of Church Extension of the Disciples of Christ, Inc. serving his last year as chairman.
Ed had a deep interest in community and civic organizations and was an active member in several organizations. These included the Wadsworth Civic Association, Akron Executives Association, Kiwanis Club of West Akron, Salvation Army Temple Corporate Council, Goodwill Industries, West Akron Board of Trade, and the Highland Square Growth Association.
Ed loved spending special time with his family, doing yard work, and was an avid Ohio State fan.
Ed is survived by his beloved wife, Barbara (Reid) whom he married on December 30, 1950, his children, Jeff (Debbie) Calame of Shelby, Ohio, Jill Calame (Jeff) Johnson of Naperville, Illinois, grandchildren, Joshua (Amanda) Calame, Robert, and Christopher Johnson, step grandchildren, Trent(Irisol) Stepp, James Stepp, Heather(Chris) Braun, a great grandson, eight step great grandchildren, and a great-great step grandson. He is also survived by his brother, Gene Calame(Diane) of Seaford, Delaware.
Ed was preceded in death by his parents, his sister Marilyn and her husband Vern Watts.
The family extends their sincere thanks to The Willows at Willard for the wonderful care Ed received. A graveside memorial service will be held Tuesday, at 1:00 p.m. at Granger Fairview Cemetery, Medina, Ohio. Please be respectful of the Covid-19 Rules and Regulations at the cemetery. In lieu of flowers, donations may be made to First Christian Church, Wadsworth, Ohio, Salvation Army, or Goodwill Industries.