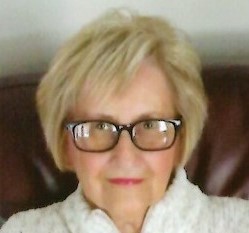 Wadsworth — Debora “Debbie” Carpenter, 78, passed away on July 7, 2021, after a brief but courageous battle with cancer. She was born the only child of Katie and Bob Bault on December 4, 1942. A lifelong resident of Wadsworth, Debbie graduated from Wadsworth High School in 1960. She then went on to work at B&W before spending her 20s and 30s as a cherished wife and homemaker. Later, she would spend 29 years working for the Akron Auto Auction. Debbie was a lifelong member of Sacred Heart Catholic Church.

Preceded in death by her parents, Debbie is survived by the love of her life, Glenn Carpenter, whom she put up with for 57 years; and her two children, son, Kevin Carpenter (Stacy) and daughter, Beth Ann Subero (Greg). Debbie only had one grandchild, Gabe Carpenter, who was the light of her life. She had two dear sisters-in-law, Rae Domokur (Don) and the late Fae Hatcher (Ralph). Debbie was happiest when she was at a Marrin family party and spending time with her friends or family.

A devoted daughter, wife and mother, Debbie chatted with Katie every day and considered her mom her best friend. She leaves behind many close friends whom she cherished, including her lifelong friends, Toni Knapp and Janet Shilts. Never at a loss for words, Deb could make new friends in an instant, even in a grocery store check-out line.

Debbie’s family would like to thank Summa Hospice for their kind and attentive care.

Visitation will be held on Monday, July 12, from 6 to 8 p.m. at the Hilliard-Rospert Funeral Home, 174 N. Lyman Street in Wadsworth. A Mass of Christian Burial will be celebrated at 11 a.m. on Tuesday, July 13 at Sacred Heart Catholic Church, 260 Broad Street, Wadsworth with Father Patrick Schultz presiding. Burial will follow at Woodlawn Cemetery. A livestream of the funeral mass will be available for viewing at: BoxCast.tv:
https://boxcast.tv/view/debora-carpenter-funeral-mass-592324.  Debbie’s family requests that memorial donations be made to the National Pancreatic Cancer Foundation,
P.O. Box 1848, Longmont, CO 80502 or: www.npcf.us.