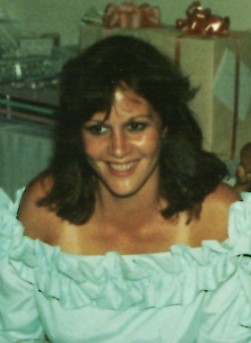 Gail passed away March 12, 2020 after a long courageous battle.
Gail was born Nov. 24, 1958 in Akron, Ohio to Don and Helen (Gron) Cox. She grew up in Sharon Center where she attended Highland Local Schools, graduating in 1977. Gail then went to The Ohio State University and later earned her MBA from University of Phoenix. Gail was a free spirit and liked to travel and see new things. Gail worked in business from Florida to Texas to Alaska. She was mortgage broker, V.P. of a bank, and finance director of a casino. In her travels around the country Gail met her soul mate Terry Wirtz. They met in Arizona and they later settled in Nevada. Gail loved to ride Harley motorcycles with Terry, taking many trips together to bike rallies and other events. They also liked to work out together and to frequent eateries and casinos.
Gail made many friends everywhere she went and always found somebody she needed to help.
Gail always had a smile on her face even when she was very ill. Her caregivers always got big kick out of her personality and sense of humor.
Gail will be greatly missed by all who knew her especially her family and her many friends.
Gail was preceded in death by her parents, Don and Helen Cox.
She leaves behind her boyfriend Terry Wirtz, brothers Gary, Greg (Krista) , and Gilbert. Nieces and nephews Audra, Julia (Tamas), Samantha, Katie, Matthew, Owen and Mark. Grandnephews Aiden, Preston and Lucas. She also leaves behind many aunts and cousins.
There will be a private Celebration of Gail’s Life on June 20th at the Hilliard-Rospert Funeral Home, 174 N. Lyman St., Wadsworth, Ohio.
In lieu of flowers, donations can be made to the American Cancer society.