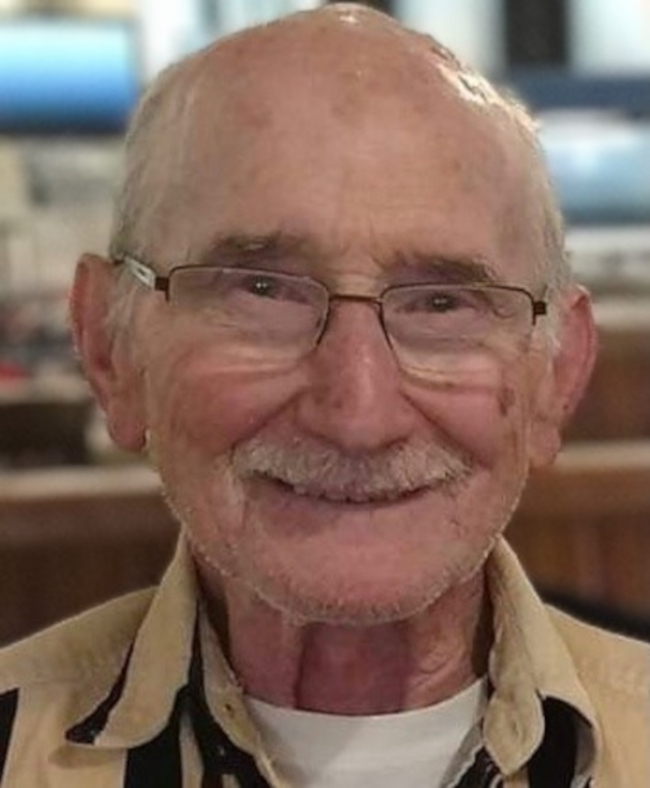 Paul E. DeVoe passed to his heavenly home on August 2, 2021 after a short illness, with his family by his side.  He will forever be remembered for his sweet smile, kind and gentle spirit, love of his family and friends, and the strong faith that guided his life.
He was preceded in death by his parents, John and Leona (Ryland) DeVoe, and David and Anna (Reed) Kilmer; infant brother, James; and wife, Leila (Hostetler) DeVoe.  He is survived by daughters, Alice DeVoe, Ivy (John) Baisden and Carol Garner; son, Tom DeVoe; brother, Clyde DeVoe; and special friend, Betty Shaulis; as well as grandchildren, Steven, David (Katie), Brandon, Amanda (Drew), Jessica (Carter), Casey (Nick), and Tashina; and great-grandchildren, Dominic, Leianna, Oliver, Finley and Milo.
Paul would often tell people of his two families.  Born to John and Leona DeVoe, he was then blessed to be fostered by David and Anna Kilmer, who raised him to adulthood and instilled in him the values of faith and family that followed him throughout his 87 years.
Paul spent time in voluntary service, where he met and married Leila Hostetler, spending 52 cherished years together until her passing in 2008.  He worked at the A.I. Root Company in Medina for over 40 years.  Continuing his life of stability and loyalty, he was also a lifelong member of the Bethel Mennonite Church (now Bethel Christian), where he often shared his love of singing and faith as an active participant and supporter.
His love of music and singing was also shared on many Friday nights at the Music Barn on Ridgewood Road, and at Menwa, where he has lived the last 20 years, assuring music was available to anyone with interest, willing to join him.
Those who knew him best also knew he was a loyal Cleveland Indians fan.  It wasn’t whether they won or lost – it was true love of the game and “his Team.”  Paul was also very active in the Meals on Wheels Program, picking up and delivering meals to his fellow neighbors at Menwa.  This was a labor of love to his “peeps” in the building and he took it very seriously, assuring those who needed or wanted meals, got them.
He was humble, non-judgmental, and rarely spoke an unkind word to, or about, anyone.  His kind, sweet spirit and strong faith are the legacy he leaves to his children and grandchildren.
Paul’s family would like to thank LifeCare Hospice of Wooster for their loving care and support, with a special thanks to Nurse Mandy who went above and beyond.
Family will receive friends on Thursday, August 5th, from 5 to 8 p.m. at Hilliard-Rospert Funeral Home, 174 N. Lyman St. in Wadsworth.  Funeral service will follow at 1:30 p.m. on Friday, August 6th at Bethel Christian Church, 2684 Seville Rd. in Rittman, with visitation one hour prior to the service, beginning at 12:30 p.m.  Burial will follow at Hillcrest Memorial Gardens.   In lieu of flowers, the family requests donations be made to Bethel Christian Church or Meals on Wheels of Wadsworth, as these were held so dear to Paul.