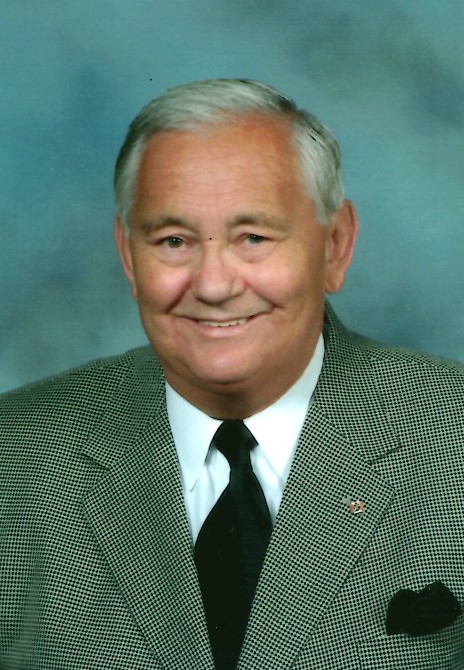 Bill passed from earthly life to his eternal life on July 15, 2022.

Bill had a tremendous work ethic all his life. For many years, he worked 2, sometimes 3 jobs. He landed his first job at his local corner store when just 9 yrs old. He delivered newspapers, ushered at the Colonial & Loews Theatres, & in high school worked at Metzger’s Camera, where his interest in cameras & photography began. He worked part-time there for many years in addition to working a full-time position. He also worked at Olsen Radio, construction, & roofing until he began his professional career at John Hancock Insurance. As a Realtor, he worked for Mary Wagner, Howell-Viggers, Allgood, & Fixler agencies. He later entered the professional Beauty Supply business to which he was dedicated for 41 years. He was very successful in this field, as he was in everything he did.

Bill, a member of Sacred Heart Church, served as a Eucharistic minister for many years. As a fourth degree Knight of Columbus, he served God & country. He formerly held membership in the Medina & Akron Board of Realtors. While a volunteer for 19 years at Wadsworth-Rittman Hospital, he worked in the gift shop & transportation.

Bill never met a stranger. He was charismatic, a great conversationalist, enjoyed making others laugh & has often been described as the life of the party. Being an empathetic, compassionate & civic-minded individual, he was an animal lover & generous philanthropist. He always sought: the joy of giving, service to others, & the satisfaction of a job/task well done.

He enjoyed his church parish, photography, feeding & observing the birds & outdoor animals, rescuing strays, sightseeing, & his antique/sports cars, particularly his 1940 Ford which won Best of Show at the Stan Hywet Father’s Day Show. Countless hours were spent landscaping weekly & he delighted in hearing others express just how lovely his yard is. Cherished most were his family & friends.

We respectfully request attendees to sit every other pew with members of your own household to reduce transmission of COVID19. MASKS & SOCIAL DISTANCING REQUIRED.