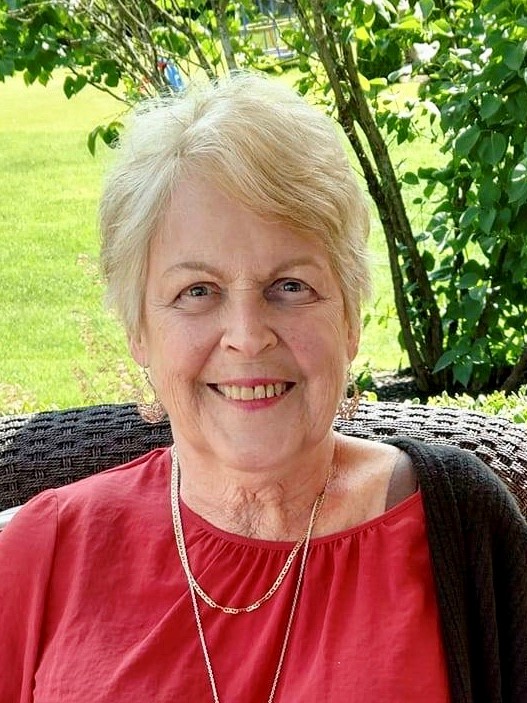 Elizabeth Anne Englehart (nee Banks) passed away with her lipstick on and her hair twirled, on Sunday, October 6, 2019. She died peacefully in her home surrounded by her family and her beloved dog Skylar.

Anne was born in Lansdown, Pennsylvania on May 25, 1941, to parents Joseph H.Banks and Sarah Elizabeth Banks (ne Snyder). She graduated from Anthony Wayne High School in 1959. Her father’s travels landed them in Akron Ohio on Ecton Drive where she met the love of her life David L. Englehart.(deceased July 29th 2005) They were married on October 10, 1964 and lived in an apartment on Rose Blvd in Akron until moving to their home on Fixler Road in Sharon Center, Ohio.

It was there that she would raise her family, son, Chris Englehart, and a daughter, Jennifer
Englehart-Starcher. She would also raise many dogs and cats. From Shan to Shamus, Bailey to Sage and every one in between, she pampered them all. Her favorite pet was, undoubtedly, Sage, the golden retriever. Anne and Sage worked hard at their training and eventually became certified therapy dog and volunteer. Anne loved taking Bailey to Akron Children’s hospital and seeing the joy on the children’s faces upon meeting them.

Anne was a Wadsworth institution in the pediatrician receptionist world. She worked for over forty years, first with Drs Nafzinger and Pifer, and then Drs Papas and Deoras. If you or your child had a cold or needed a vaccination, and you lived in Wadsworth, chances are Anne touched your life.

After David passed she moved to Canal Fulton. It was there that she continued her tradition of family Sunday breakfasts with her children and grandchildren.