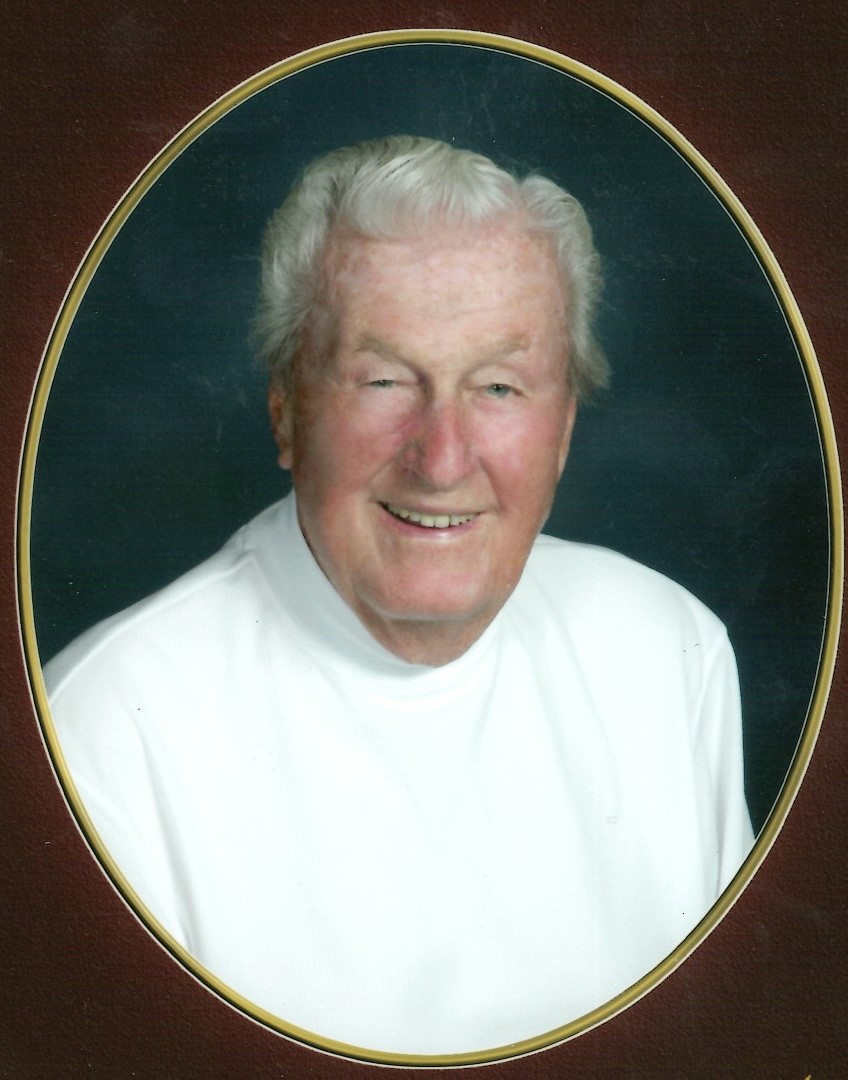 Thomas Clayton Fixler, 97, a life long resident of Wadsworth passed away Friday, July, 19, 2019. He was born November 26, 1921 to the late Clyde C. and Leota Fixler.
Tom Graduated from Wadsworth High School in 1939 and then attended the Fenn College School of Business Administration. He enlisted in the United States Coast Guard and was called to active duty in the spring of 1942 and served 4 years.
Tom and his father Clyde Fixler founded Fixlers Agency, Inc. in 1948. Fixlers Agency, Inc., which remained a family business for many years. Fixlers Agency, Inc. was the original developers of Hidden Valley, High Point, Rolling Hills and Maylawn Ave., Skycrest and Westgate..Tom is remembered as a longtime Wadsworth Businessman. He is remembered as selling real estate and insurance for over 50 years in the Wadsworth area.
Tom was past president of the Medina County Board of Realtors and past Commodore of the Cedar Point Yacht Club. He enjoyed cruising the Great Lakes for 25 years and golfing with his buddies.
Tom was also a member of the Blue Gavel Society, Kiwanis Club, a member of Wadsworth’s Advisory Board – Charter One Bank, served o the Board of Directors – Citizens Bank & Trust Co., Wadsworth, OH served on the Board of Directors – Bank One , Medina County and on the Board of Mid Costal Development, Inc. and First Data Tech Services, Inc. and was a member of the Great Lakes Cruising Club. He and his wife Vida Jo were married for 54 years before her death and enjoyed traveling together to all 50 of the United States together.
Tom was preceded in death by his wife Vida Jo and son Thomas Jeffrey Fixler. He is survived by his daughter Sara Jo of Oregon, grandson Thomas C. Fixler II and great grandson Kalen.
A funeral service will be conducted 11am Thursday at Grace Lutheran Church, where Tom was a lifelong member, 146 High St., Wadsworth, OH 44281. Friends will be received 1 hour prior to the service from 10-11am.
Interment will be in Woodlawn Cemetery.
In lieu of flowers memorial donations may be made to Grace Lutheran Church.