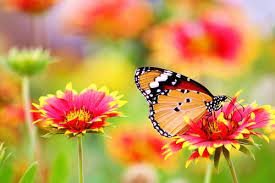 Geann Louise (Bachman) French passed away peacefully July 21, 2022. Geann was born in Catasauqua, PA to Ellen and Martin Bachman on March 16, 1923.
Geann was a resident of Wadsworth for over 90 years. A graduate of Wadsworth HS, she attended Wittenberg University. Geann followed her love of fashion to Polsky’s Department Store where she worked as a copywriter. Geann was married to Bob French for 73 years. They belonged to Rawiga Country Club where they golfed and enjoyed social activities with their group of active and fun-loving friends.
Geann was an accomplished cook and baker. Her strawberry torte was loved by all lucky enough to taste it! She was also an avid gardener and a member of the Bud and Bloom Garden Club. She was a member of Grace Lutheran Church for 91 years and her faith continued to deepen in an inspiring way right up to her passing.
Geann was preceded in death by her husband Bob in 2010. She is survived by children, Mike (Valerie) French, Steve French and grandchildren, Meredith (Casey) Reedy, Kit (Erin) French, Jack French, Marissa French, Chandler French, Delaney French and great grandchildren, Emerson Reedy, Charlie Reedy, Kieran French and Georgia French.

Services will be held at a later date.