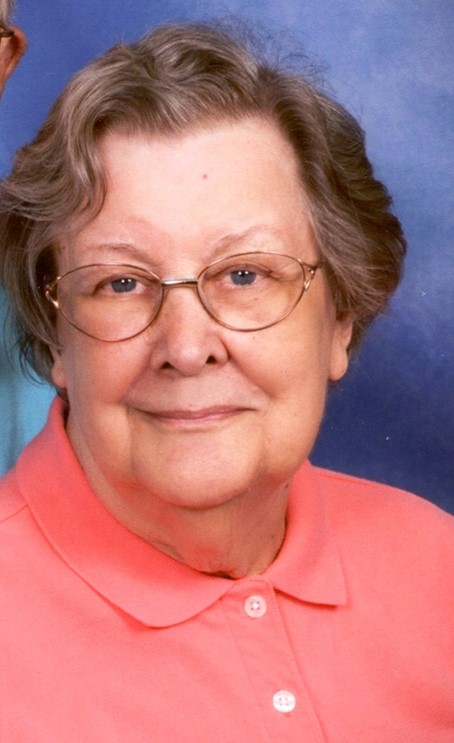 Born Mary Emeline Decker on May 25, 1929, to Jay Rothrock (1895-1948) and Cora Marcelle (Hoknbrok) (1893-1973) Decker, her early years were spent in Alliance (Stark) Ohio with one year of what her mother called a farm experience in Marlboro. A graduate of Alliance High School, Mary completed two years at Mount Union College and continued her nursing studies at Akron City Hospital, graduating as a registered nurse in 1951. After receiving her degree, Mary worked at Alliance City Hospital, becoming a nursing supervisor. She enjoyed working in the operating room the best but also worked in emergency room. She participated in the Nurses’ Health Study for 43 years; results of the study were published in the September 2016 issue of the American Journal of Public Health.

On November 24, 1951, she married Robert Bruce Freshley (Bob) whom she first met in fifth grade at Marlboro Elementary School and was reintroduced by a friend and neighbor for a Phi Kappa Tau dance at Mount Union College. They had one daughter who stayed with her maternal grandmother in the time between Mary beginning her 3-11 shift and when Bob came home. Once their daughter started kindergarten, Mary became a stay-at-home mom, believing that she should be home when their daughter came home. Mary continued nursing services by volunteering at school events and preschool clinics as well as filling in at Alliance City Hospital. She was a public health nurse in Barberton, worked at the Evergreen Nursing Home in Medina, and watched over her grandchildren until they graduated high school because she enjoyed being with her granddaughters.

The family moved to Wadsworth in 1966 where Mary was an active member of the Wadsworth United Methodist Church in the Asbury class and contributed on several committees. She enjoyed science, nursing, bird watching, reading, playing bridge/cards and her family. The family depended upon her medical advice on aches and pains, even when she directed them to go to the doctor. For many years, she devoted herself to the care of her mother who lived with the family. Mary also enjoyed her membership and leadership roles in Beta Sigma Phi and helped establish a local chapter. Because of health issues, she and her husband Bob moved in with their daughter and son-in-law in Medina in 2014. When Bob passed away, Mary moved to Florida with her family.

Preceding her in passing were her husband Bob, her parents and two brothers: William John Decker and his wife Virginia (Peterson) of Auburn, California; Edward Charles Decker and his wife Jane (Trump) of Sarasota Florida. Mary is survived by her daughter, Kimberly Kay and her husband, David Carlson of Punta Gorda, FL; granddaughters Abigail Frech (Josh Maynard) of Lodi; Catherine Carlson (J.D. Fye) of Cincinnati; Christine Carlson of Punta Gorda and various nieces and nephews across the country. Mary will be deeply missed by those who enjoyed her rare spirit, her cooking, desserts, humor, support and loving devotion to family; she and her husband were close with granddaughters who had the joy of being extremely close to grandparents.

On June 6, 2022,  a private service and burial at the Marlboro Cemetery will be held at 10:30 am. In lieu of flowers, the family requests memorials to Wadsworth United Methodist Church (https://www.wadsworthumc.com/give) or Tidewell Hospice at https://tidewellfoundation.org/donate/ .