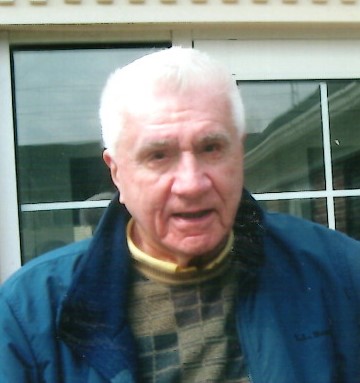 Paul Roll Ginnings died on April 18, 2020. A North Carolinian, as was his wife, resided in Wadsworth, Ohio, since 1954. He was the son of Dr. and Mrs. Paul M. Ginnings of Greensboro, NC. He married Daphne M. Smith in August 1947. She wrote the Needlepointers column for the Akron Beacon Journal.

He was a graduate Chemical Engineer of N.C. State University. He was employed at Goodyear Research and Polyester Research for 34 years. He served in the capacities of Section Head Principal Engineer during his career. He was a 50 year member of the American Chemical Society and the Society of Plastics Engineers. He was listed in the “American Men and Women of Science.” He worked in many technical areas ranging from De-icing, Adhesives Research, High Temperature Tire, Polymer Research, and preformed research for Wright Air Development Center in Dayton, OH. He was the owner of several U.S. Patents. In his boyhood he attained the rank of Eagle Scout and later served with the Sea Scout Ship which attained national recognition as the No. 1 Sea Scout Ship in the nation. In the public schools he achieved academic excellence on the honor roll and was on the high school track team and had photography as a hobby.

He was a decorated combat veteran of World War II and served in the 63 Infantry Division. He was the recipient of the Bronze Star for Valor, the Purple Heart, the Presidential Unit Citation, the Combat Infantryman’s Badge and two Battle Stars for the Central European and Rhineland Campaigns and the Occupational Medal for Germany.

He lived in Wadsworth, OH for 66 years. His civic work involved working with Wadsworth Hospital. He was appointed by Mayor Jack Sommer to a position on the Wadsworth Municipal Hospital Board where he served three consecutive terms and was twice elected President of the Board. He was also involved in creation and ultimate construction of the Wadsworth-Rittman Hospital. In 2004, he was honored as a member of the Founders Hall of Fame for Wadsworth-Rittman Hospital.

Paul was a man of many interests. He was an avid photographer. He was a daily two mile runner for 33 years, took up the piano at 59, downhill skiing lessons at 69, an avid bridge player and took flying lessons at 70.

He was a loving and devoted husband and father. His beloved wife Daphne died of cancer in 1994 as did his younger daughter Lisa. He was preceded in death by his daughter Pamela G. Huffman and two brothers: Wendell of Rolesville, NC and Dr. Gerald of Johnson City, TN. He is survived by a granddaughter Katherine M. Morsie (Rodney) and one great granddaughter.

Because of the constraints of the Covid-19 pandemic, a graveside service and interment with the immediate family was held on April 24, 2020 at Woodlawn Cemetery. If so inclined, please consider a contribution in Paul’s memory to the Memorial Fund of First Christian Church in Wadsworth, OH.