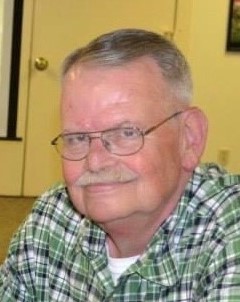 Rodney Owen Hilton passed away on November 17, 2020 at the age of 74.
Rod was a lifelong resident of Wadsworth; graduating from Wadsworth High School in 1964. He was a proud Navy veteran, serving two tours as a medic in Viet Nam. Rod retired from the Medina County Sherri’s Office in 2010. He spent many years as a volunteer firefighter and an auxiliary police officer for Wadsworth.
Rod loved hunting and fishing. He especially loved to take his grandchildren fishing.
Rod was preceded in death by his parents, Kenneth and Charlotte, his sister Carol Ryneer, granddaughters Lindsey and Olivia Wilson. He’s also been reunited with his special beagle, Buddy.
He is survived by his wife Billie (nee Bird); step-daughter Felicity (Ted) Wilson; grandchildren Claire and Colin Wilson, brother-in-law Bill Ryneer, sisters-in-law Dawn English, Lea (David) Miller and several nieces and nephews.
Private family services will be held at a later date,

Donations may be made in Rod’s name to the Wadsworth Police Department K-9 unit.