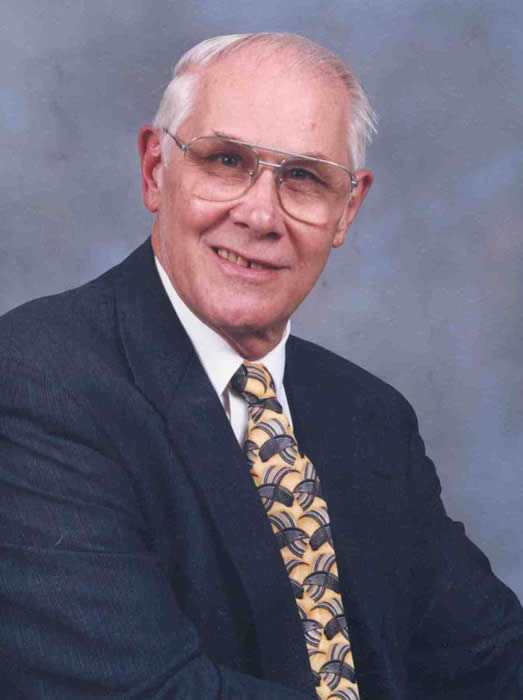 Clayton Kramer, 79, of Wadsworth, passed away suddenly on Friday, November 29, 2013. Clayton was born August 3, 1934 to John and Eva Kramer in Wadsworth.
He was proud to have been a Wadsworth resident his entire life, graduating from Wadsworth High School in 1952, and marrying his high school sweetheart, Freda in 1955. Clayton was an employee and then owner of Medina Tool and Die Company, for 56 years retiring in 2011. As a member of First Christian Church, Wadsworth, he served as an elder, teacher, trustee and chaperoned many youth trips. He truly loved baseball, playing catcher in high school, then participating in league play and coaching little league. He was an avid bowler and was inducted into the Bowlers Hall of Fame in May this year. Clayton was an enthusiast of antique John Deere Tractors, collecting and restoring them, and was a member of the Antique Power Association. He enjoyed traveling, hunting, camping and shared that joy with many friends and family members. Clayton, together with a group of friends, formed Midwey Estates which was enjoyed by family and many friends. As part of the greatest generation, he was an expressive storyteller, sharing his many experiences and wisdom with others. Showing by example the value of hard work, he led a life of quiet service, always willing to lend a hand and teach a life lesson.
He is preceded in death by two of his brothers, Elmer Kramer and Ray Kramer and brother-in-law Frank Given. He is survived by his wife, Freda; daughters, Robin (Brent) Myers, Jenny (Robert) Fowler, and Dianne (Steven) Grazier; and brother, Arthur (Frannie) Kramer; sister, Nancy Given; sisters-in-law, Hazel Kramer and Linda Kramer; grandchildren, Carly (Tony) Scarpino, Christopher (Shelia) Myers, Sara (Joshua) Tysinger, Nathaniel (Susan) Myers, Dylan, Devin, and Sierra Grazier; and great-grandsons Austin Myers, and Gilbert Myers.
The family will receive friends Tuesday 4-8 PM at Hilliard-Rospert Funeral Home, 174 N. Lyman Street in Wadsworth. Rev. James Singleton will conduct the funeral service Wednesday 11 AM at First Christian Church, 116 E. Boyer Street in Wadsworth. Burial will follow at Hillcrest Memorial Gardens. In lieu of flowers, memorials may be made to First Christian Church.