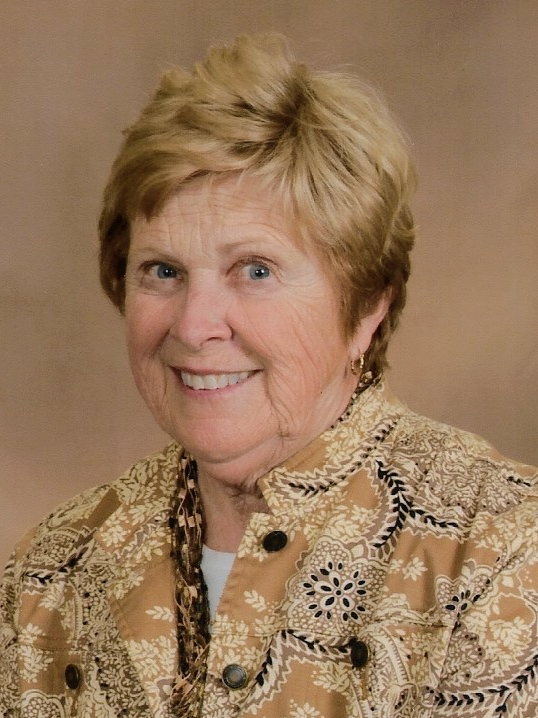 Lana L. Landis, 74, of Wadsworth, passed away at home, surrounded by family and friends, on Wednesday, September 4, 2019 after a 15 month bout with cancer.
Lana was born to Bill and Evelyn Gorman (Gantz) on September 23, 1944 and raised in Wadsworth. Lana graduated from Wadsworth High School in 1962.
In the summer of 1963, while cruising the streets in her ‘60 Ford convertible, she met Ray Landis, who was cruising in his ‘61 Impala. It was love at first sight. They dated and then married in 1967.
Near the end of her senior year in high school, Lana began work at 1st National Bank (now Huntington) where she was promoted to Loan Secretary. Lana worked at the bank until their first son was born, to which she decided to become a “stay at home Mom”.
After marrying, Lana and Ray bought a house in Wadsworth on N. Pardee Street. The N. Pardee Street neighborhood was and still is today a very special neighborhood. There were many visits to other N. Pardee front porches where theories of child rearing and ways to solve world problems were discussed at length.
In this home, they spent their entire married life. They were blessed with two sons, William Tyler in 1971 and John Curtis in 1974. Sadly, at the age of 4, Curt developed cancer of the kidney. Lana then became the “nurse at home” meeting the needs of Curt until he passed in 1981.
In the spring of 1989, Lana took on the role of Church Secretary at First Christian Church in Wadsworth. This job/position was a blessing. The most beautiful aspect of her employment at FCC was the blessing that she was to the congregation and other members of staff she interacted with daily.
In 2008 Lana retired from her role at FCC and spent much of her time traveling with Ray. They were blessed to have traveled together all over the US, as well as to Japan and China. Together they traveled in their Corvette to all the lower 48 states, most multiple times, out across Route 66, down the California coast and across Canada, from Vancouver, BC to St.John’s, Newfoundland. Lana and her husband also participated in the 5 Boro’s bicycle tour of New York City 10 times.
In June 2018, Lana was diagnosed with Stage 4 Lung Cancer. She and Ray lived life to the fullest until mid summer of 2019, when her body could no longer fight the cancer.
Lana was the youngest of four siblings all of who, along with her mother and father preceded her in death.
They were oldest sister Beverly (Clifford), brother Jerry Gorman and Lana’s next oldest sister, Sharon (Dusky).
Lana is survived by husband Ray, son Tyler and his wife Brooke, and two beautiful grandchildren, Kayden and Sadie. Also surviving are sister-in-law Shirley Gorman (Elliott), and 7 nieces and nephews.
Funeral arrangements will be handled by Hilliard-Rospert Funeral home at 174 N. Lyman Street in Wadsworth. Calling hours will be: Sunday, September 8 from 4:00p.m. until 8:00p.m. at Hilliard-Rospert.
Funeral services will be held at: First Christian Church, 116 E. Boyer Street in Wadsworth at 11:00 a.m.
One hour prior to the service, at 10:00, there will be a time of viewing and meeting with family.
Burial services will follow immediately after the service at Woodlawn Cemetery in Wadsworth.
Refreshments and time with family will follow back at First Christian Church.