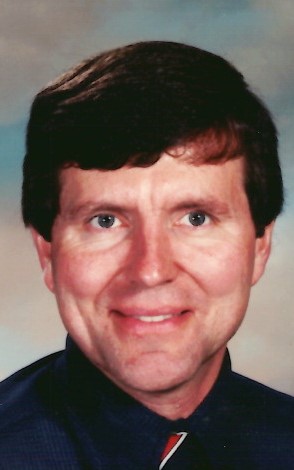 After a 17 month long battle with cancer, on March 19, 2021 our family said farewell to the most amazing husband, father, father-in-law, brother, uncle, teacher, coach and friend. Mark Lange was born 72 years ago in Akron, Ohio to Harold & Margaret Lange. He is survived by his wife of 48 ½ years, Joyce (Delaney) Lange whom he loved dearly, his son, Stephen (Stephanie) Lange who was his greatest accomplishment, brother, Keith (Missy) Lange, brother-in-law, Dave (Sue) Delaney, sister-in-law, Pam (John) Johnson, sister-in-law, Linda (Walt) Dayton, and 44 nieces and nephews. Mark was a 1966 graduate of Copley High School and a 1972 graduate of the University of Akron where he also received a Master of Science degree in 1979. He taught Biology at Wadsworth High School for 35 years where he estimates that he taught over 8,000 students, many whom sent him cards/letters affirming the impact he had on their lives. He also coached several sports, with his favorites being girls’ basketball and boys’ cross-country. His teams won conference championships in both sports; he took cross-country teams and individuals to the state meet, and was also Coach of the Year for Medina County as well as Teacher of the Year at Wadsworth High School. He had a way of making his students and athletes believe in themselves. He was Science Department Head and helped start the Science Fair, which he ran for many years. He was a co-teacher for a pilot program in Distance Learning, which was the forerunner for today’s modern video conferencing / remote learning. His son, Stephen, said his Dad was a fantastic example and role model for what kind of man he wanted to become and that he had a profound impact on his life. Stephen loved going to football games with his Dad because every few feet they walked, another person would say “Hey Mr. Lange” or “Hey Coach”. Mark had a fantastic memory and remembered students he had even decades earlier. Mark was interested in everything and therefore was one of the most interesting people to be around. He loved cycling and biked across the United States with 4 friends in 1994. He loved to laugh, tell jokes and stories, have parties, and play cards…lots of cards! Together with Joyce, he loved ballroom dancing, hiking and skiing and cherished the lifelong friendships that were made. He obtained his Securities License and took great pleasure in helping young people prepare for their financial future. He was a gifted photographer who knew just what it took to get the perfect shot; one of the highest compliments came when he had some of his work on display at a distinguished art gallery in Sedona, Arizona. His beautiful works not only grace his home, but the homes of many of his friends and family, which will forever be cherished. He loved his daughter-in-law, Stephanie, who shared a similar sweet tooth and always made him homemade brownies and hot cocoa…two of his favorites. Because of his strong faith and relationship with God, we know that Mark is at peace and Heaven is a little brighter.
Due to COVID, there will be no calling hours. A closed Celebration of Life Service will be Wednesday March 24th at 2:00pm. It will be live-streamed (and also archived for later viewing) at Faith Lutheran Church-Fairlawn Facebook page. You do not need to have a Facebook account in order to view it.
The family requests no flowers please. If you so desire, contributions can be made to the Mark D Lange Memorial Scholarship C/O Wadsworth City Schools 524 Broad St. Wadsworth, OH 44281 to be awarded annually to a deserving student.