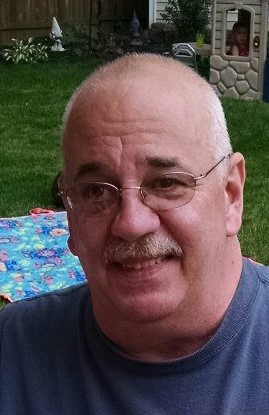 Steven A. Lauro, passed away, unexpectedly, Friday, October 18, 2019. He was born November 29, 1962 in Akron to Mary Jane and the late Patrick Lauro.
He was a member of Sacred Heart Catholic Church and was retired from United Tube after 30 years. He was a hard working devoted husband and father. He loved fishing, hunting, the Cleveland Browns, his dogs, friends, family and most of all his grandchildren.
He was preceded in death by his father, grandmother Mary Schimmoeller and step father Michael N. Andrews.
Steve is survived by his wife of 33 years Janine, son and daughter-in-law Derek and Angela of Munroe Falls, OH daughter and son-in-law Jessica and Zachary Fleury of Washington State and grandchildren Louie Steven Lauro, Blake and Colton Fleury. He is also survived by his mother Mary Jane Andrews of Wadsworth, sister Terri Shoemaker of Coventry Twp., brother and sister-in-law Michael J. and Kimberly Andrews, father-in-law Joseph Vislasky, mother-in-law Elle (John) Westfere, sister-in-law JoEl Napoleon, brother-in-law Joe Vislasky all of Wadsworth, and many aunts, uncles, cousins, nieces and nephews also surviving.
Funeral services will be conducted 7 PM Thursday at the Hilliard-Rospert Funeral Home, 174 N. Lyman St., Wadsworth. The family will receive friends 3 hours prior to the service from 4-7PM.