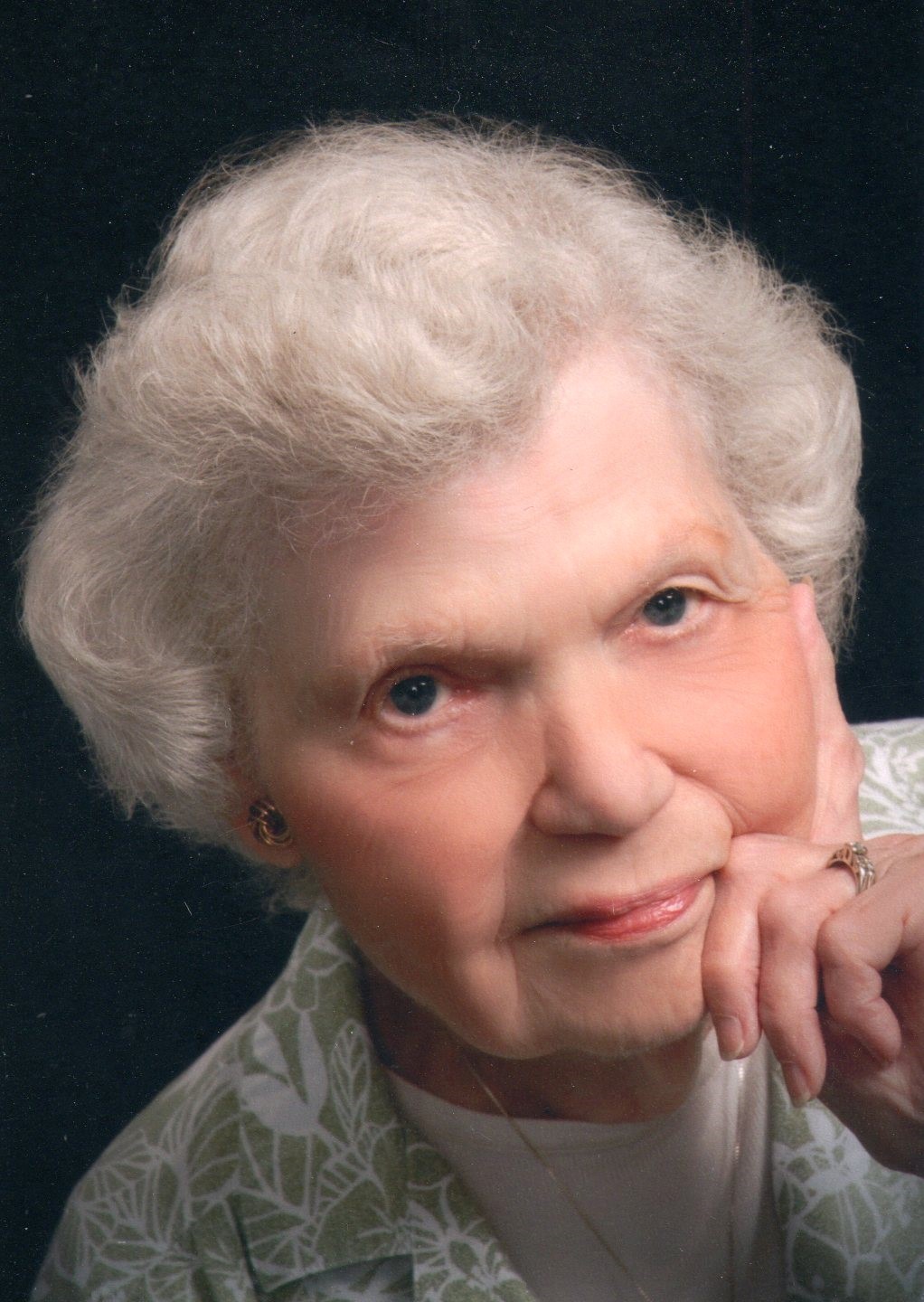 Louise E. (Tubbesing) Lawrence, 95, of Wadsworth passed away peacefully at home on Thursday November 12, 2020 and was lifted Heavenward in the arms of the angels. She was born March 24, 1925 in Wadsworth, OH to Herbert W. and Marjorie L. Tubbesing. She and her two brothers have always agreed how fortunate they were to have grown up in a small town with loving parents. Her mother Marjorie was a kind and gentle soul who taught her to trust in Jesus.

Louise was preceded in death by her beloved husband of 62 years, Dale, and her brother Robert.

She was a member of the Wadsworth United Methodist Church since childhood and received a degree in English from Miami University in Oxford, Ohio. She married Dale in 1950 in Wadsworth where they raised their three children. During the 1970’s Louise worked for the
Wadsworth Public Library as a Bookmobile Lady and this was a job she dearly loved. In 1980, Dale and Louise moved to Madison, Ohio where she worked for the Madison Public Library as a reference librarian. After they retired, they moved back to Wadsworth in 1997. They enjoyed traveling and visited most of the United States, as well as Germany, England and France.

Louise was a very talented poet, often writing poems for special events. She loved to send cards and write letters and would almost always include a poem about her family, her friends, her childhood experiences or her faith in God. She was proud of her each of her children, grandchildren, and great-grandchildren and loved visiting with or hearing about them.

Louise was a sweet lady who enjoyed game nights or card games with friends, ABJ crossword puzzles (Monday and Tuesday only please), listening to music, singing, journaling and reading.

She had many friends throughout her lifetime but was blessed with a friend she considered to be her best friend and sister for 90 years. Jeanne (Garn) Cook was by her side from kindergarten to high school. They were Maid and Matron of Honor in each other’s weddings, and although they lived in different cities, they shared vacations, holidays, visits and countless letters and phone calls but never an argument. Jeanne was a true angel who followed Louise to Heaven on November 19,2020.

Due to the Covid-19 Pandemic, no services will be scheduled at this time. Louise will be cremated and placed with her loving husband at the Ohio Western Reserve National Cemetery during a memorial service at a later date.