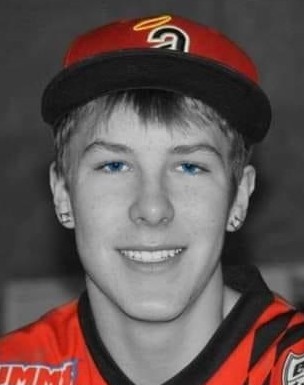 Justin Paul Mangus, 24, of Akron passed away Sunday, May 24, 2020. He was born December 14, 1995 in Canton, OH.
Justin was proud member of The United States Army and his family was so proud of the time he served his country. People who knew him would describe him as very competitive and he had a constant need for speed as he enjoyed fast cars, motorcycles, and racing BMX for many years both nationally and at his home track of Akron BMX. Justin was the proud and loving father of his daughter Sophia. He enjoyed nothing more in life than spending time with his baby girl, Sophia and his family. He will be deeply missed by all who loved him.
Justin is survived by his parents Richard & Paula Mangus, his daughter Sophia, four siblings: Erica (Nick) Myers, Andrew (Sarah) Mangus, Corey (Megan) Mangus, Hannah Mangus and Sophia’s loving mother Brittany Sisouphanh. He is also survived by three nephews: Avery, Grady & Camden, his grandparents: Paul & Claudia Conant and Etta Mangus along with numerous aunts, uncles, cousins and his wife Ashlee.
The family will receive friends 2-6pm Sunday at the Hilliard-Rospert Funeral Home, 174 N. Lyman St., Wadsworth. Funeral services will be private.
Facial coverings will be required and social distancing will be observed.