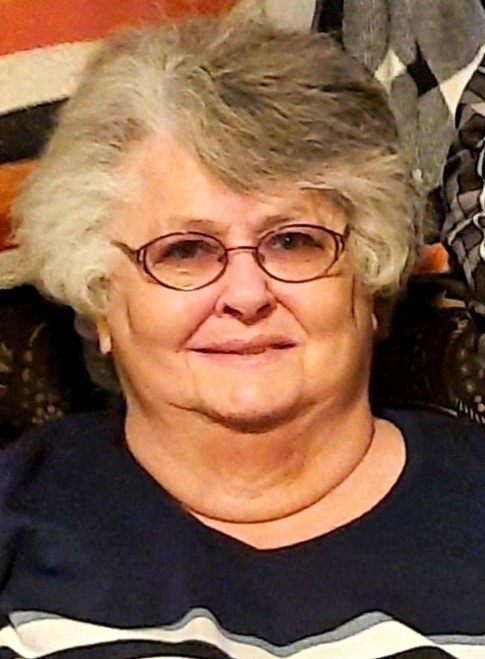 Gladys E. McCaman, 65, of Akron, passed away Wednesday, February 10, 2021. She was born March 14, 1955 in Buckhannon, WV to the late Fred and Gladys Tomey. She was a member of the Lord’s House of Prayer. She was given the nick name of “Aunt Miss Piggy” because she would snort when she laughed this started a love of all things pig, she liked to collect pig items and enjoyed fishing.
She was preceded in death by her son Kenny Teets, brothers Roger, Fred Tomey and Larry White and sisters, Dana Marcum and Mary White, and her in-laws Clyde and Grace McCaman.
Gladys is survived by her husband Robert, Daughters Beverly Smith of Petersburg, WV, Cathy (John) McAlexander of Ashland, OH, Mekayla McCaman of the home and Katrina (Terry) Weese of Alliance and son Adam (Shawna) McCaman of Mogadore. There are her grandchildren; Kameron Lee formerly known as Alta, Andrew Mauer, Tabatha Flora, Jonathon Flora, Tabitha Baxter, Kaitlyn Smith, Kera Hillyer, Kohler McAlexander, Caleb Baxter, WadeTeets, Dylan Lee, Nathen Smith, Tristan McCaman and Piper McCaman, her sisters; Mary, Arlena, Barb, Terry, Sue, Rena, Margaret, Vickie, Valarie and brothers; Jim, Robert, Paul, Arnold, James, Stanley, Frank and Roger McCaman along with numerous nieces and nephews..
Funeral services will be conducted 1:00pm on Monday March 1, 2021 at the Hilliard-Rospert Funeral Home, 174 N. Lyman St, Wadsworth, OH. The family will receive friends 2 hours prior to the service from 11am – 1pm . Interment will be in Ohio Western Reserve National Cemetery.
Facial Covering will be required and social distance guidelines will be in force.
In lieu of flowers memorial donations may be made to Hilliard-Rospert Funeral Home to assist with funeral expenses.