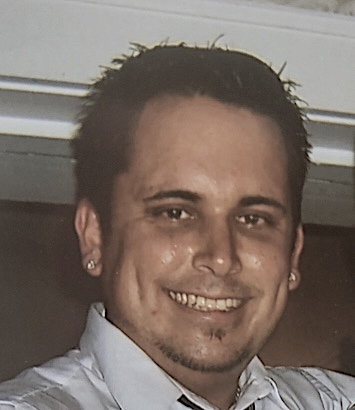 Eric M. Miller, 45, of Wadsworth OH, passed away on Friday January 6th, 2023 after a courageous two-year battle with cholangiocarcinoma.

Eric was born on May 20th, 1977 to John and Mary Miller in Grand Forks, North Dakota. After Eric graduated from Peru Central High School in 1995, he joined the United States Army where he proudly served for six years.

After relocating to Wadsworth, Eric began his career as a recruiter for Pittsburgh Technical Institute, where he met many lifelong friends.

Eric was a loving and devoted father, a caring son, and loyal friend (especially to the Cliff Haven Boys). He adored his son, Jackson, and the two of them sought out adventures at every opportunity. Eric was always the life of the party, making people laugh and feel at ease. He had the most positive outlook on life, even after his diagnosis, making sure that his family and friends never worried about his health. Eric’s character and genuineness were seen and loved by all he encountered.

Left to cherish his memory is his beloved son Jackson, his little buddy Chance (Brothers of Destruction), his parents John and Mary Miller, sister Kristina Neiderman (Brett) and their children Avery and William. He will also be missed by the Miller, Rooney and McConnell/Charles families.

Eric’s family would like to thank Dr. Spradling and her staff at the Cleveland Clinic in Medina for their care and compassion for Eric through his journey.

There will be no funeral service. A celebration of life will be held on June 24th, 2023 near Akron, Ohio. In lieu of flowers, friends of Eric have set up a GoFundMe account to go towards Jackson’s trust. Anyone willing is encouraged to donate.