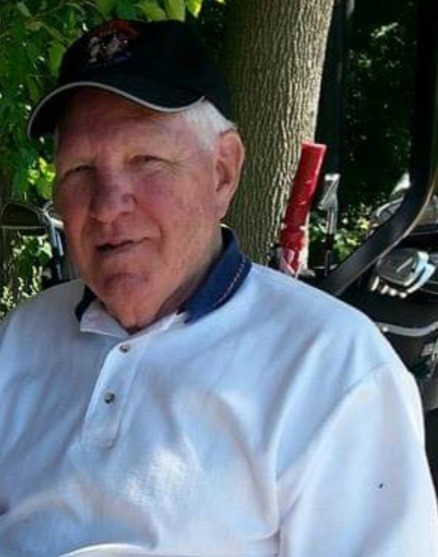 Thomas Edward Moir passed away peacefully on Monday, March 28th,  2022 at David Simpson Hospice House – Cleveland, Ohio from complications of heart disease. Tom was born in Cleveland, Ohio on February 13th, 1941 to the late Thomas and Jean (nee Vaughn). Tom grew up in Rocky River, Ohio and was a proud graduate of Kent State University where he excelled in baseball as the team’s star left handed pitcher. He shared his love of sports, particularly golf, racquetball and baseball with his family and friends and it is not a surprise to anyone who knew him that he chose to ‘retire’ before the first season without his beloved Cleveland Indians. He enjoyed a long career in sales and retired from National Cabinet Lock.

The family will honor Tom, Dad, Papa with a celebration of life service to be held on Saturday, April 30th at 11:00 am at the Strongsville United Methodist Church 13500 Royalton Road, Strongsville, Ohio 44136. Presiding clergy Reverend Dave Scavuzzo.

In lieu of flowers, donations can be made to the Strongsville United Methodist Church, 13500 Royalton Road, Strongsville, Ohio 44136 where Tom was an active member and supporter of the Blue Bus Mission and the Foster Children’s Ministry or to Hospice of the Western Reserve