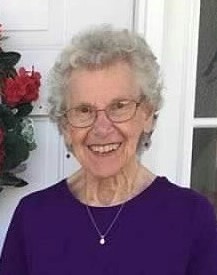 Janet Irene (Reynolds) Moss, 93, passed away peacefully in the early morning January 1, 2022. She was preceded in death by her beloved husband of 71 years Robert L. Moss, who passed away 10 days earlier on December 22, 2021.

An avid golfer, Janet had a variety of interests including playing bridge, baking, reading, gardening, and traveling. She was a longtime member of Wadsworth United Methodist Church. For many years, she and her husband were volunteers for Wadsworth Meals on Wheels, frequently delivering meals to clients who were younger than they were.

Services will be announced at a later date. In lieu of flowers, the family requests donations be made to the Wadsworth United Methodist Church.