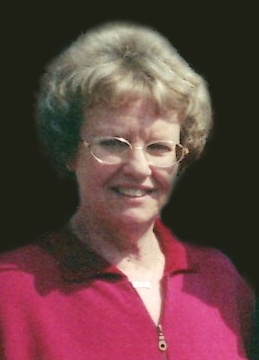 Denise Moteleski, 78, of Seville, Ohio, passed away on April 3, 2022, at Wadsworth Pointe. Denise was born on June 16, 1943, in Fairview Park, Ohio, to Arlene and Corwin Riley. She entered this world with her twin sister, Diann. Denise grew up in North Royalton with a love of horses and enjoyed showing them. She graduated from North Royalton High School in 1961. Denise and Diann attended Kent State University for two years, but later found their jobs as secretaries at General Motors much more fun. Anyone who knew Denise back in the day remembers the Riley twins cruising in their little Corvette.

Denise met the love of her life, Bob Moteleski, in 1964 and married him in 1965. Later, she gave birth to their only child, Kim. The Moteleskis moved to the Seville area in 1970 to a beautiful property that brought Denise much joy. Denise became a very involved member of the Westfield Township and Cloverleaf communities. She was always Kim’s room mother and organizer of many events at Westfield Elementary School. It was during this time that she became involved in youth sports, helping to move forward girls’ softball in the area. Many young ladies were coached by Denise as the Lodi, and later Chippewa, Fillies.

Anyone who knew Denise knew that, while she had a great sense of humor, she was not afraid to speak her mind. She often contacted local politicians when she saw an injustice. She also used that voice on the Westfield Township Zoning Appeals Board. While Denise loved her horses, working outside, and watching her Cleveland Indians, her favorite pastime became watching her beloved grandson, Craig, play sports. No fan ever cheered louder than his grandma. Denise never missed a youth game and would coach a base or run the football chains if needed.

Denise was preceded in death by her parents, Corwin and Arlene Riley, her brothers, Dick and Dale, her sister, Diann, and her niece, Dayle. Denise is survived by her loving husband of 56 years, Bob Moteleski. She is also survived by her adoring daughter, Kim Snyder, and son-in-law, Mark. Also surviving her is her grandson, Craig Snyder, his wife Katy, and their twin daughters, Ava and Brynn; nephew Scott Riley, his wife Kathy; niece Dawn Miller, her husband Marc, and their families also carry on. Denise was also a great friend to many who remember her kind, caring, and unselfish nature.

At Denise’s request, there will be no services.