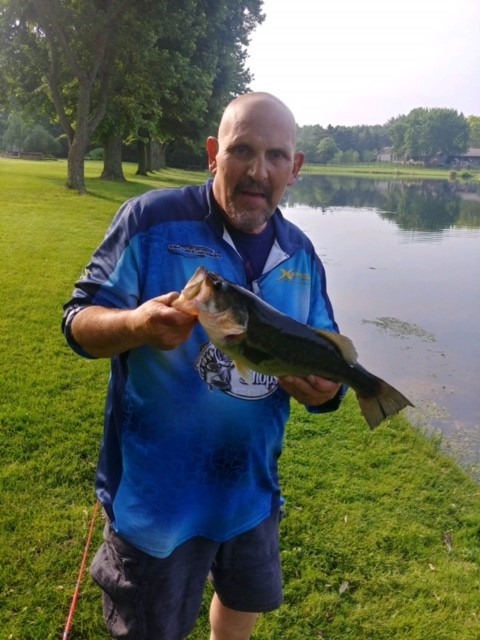 Nicholas A. “Nick” Nikitin, 60, of Wadsworth passed away Wednesday, July 7, 2021, following a courageous battle with kidney cancer. He was born June 23, 1961, in Detroit, MI to the late Mitchell W. and Mary Louise Nikitin.
Nick was a graduate of Stow High School Class of 1980 an avid Fisherman and Ohio sports fan. He loved being on his boat, loved the Cleveland Browns, Indians and Ohio State Buckeye’s. He was known to be a Big Teddy Bear, had a big heart, loved playing cards with his wife and they played almost every day. He enjoyed eating Italian Food and although he did not drink, he spent many hours with family and friends watching football at Papa Don’s in Akron. Nick played semi pro football in the 80’s for the Akron Canton Bulldogs and with having won a state tittle he is in the Pro Football Hall of Fame. He never met a stranger and even though he was very competitive (especially at cards) he had a kind and giving heart and compassion to help anyone.
Nick is survived by his wife and best friend Shelly Long-Nikitin, sister Nancy (Ted) Uzl, brother Eric Nikitin, his four-legged daughter Willow, many aunts uncles cousins and friends.
Per Nick’s request there will be no service and cremation will take place.
Memorial contributions may be made to Hilliard-Rospert Funeral Home to assist with final expenses.