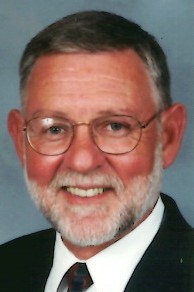 Thomas “Tom” Charles Polomsky, 80, of Wadsworth, passed away November 10, 2020. He was born in December 1939 in Chardon, Ohio. He was the son of Charles and Irene (nee Rutkowski) Polomsky.

He attended all twelve years of his schooling in Burton, Ohio where he was a scholar and athlete. Upon graduation, he attended The Ohio State University, where he was a walkon for the freshman football team. He played under Coach Woody Hayes. He served six years in the National Guard. He married Judy Bell in June 1965 and they celebrated their 55th wedding anniversary this year. He was employed by Johnson Rubber Company in Middlefield, Ohio until 1981 when he went to work for Akrochem Corporation until his retirement in 2002.

He was a member of Sacred Heart Catholic Church in Wadsworth, Ohio, and St. Stanislaus in Cleveland, Ohio. He enjoyed fishing, gardening and was a fanatic Ohio State Buckeyes fan.

He was preceded in death by his parents and brother, William.

Donations may be made to the Wadsworth Salvation Army or the Abbey of Gethsemani, 3642 Monks Rd., Trappist, KY 40051.

The family invites you to view Tom’s funeral mass at 11am Friday, November 13 at https://boxcast.tv/view/tom-polomsky-funeral-mass-231715