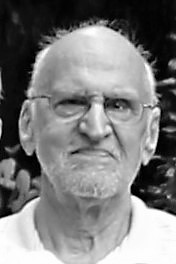 Robert “Bob” Eugene Reitz, 91, of Wadsworth passed away Friday, August 20, 2021. He was born July 23, 1930 in Akron, Oh to the late Elden E. and Florence (nee Hartle) Reitz. Bob was a graduate of Copley High and received his Engineering Degree at the University of Akron. He was retired from B.F. Goodrich with over 40 years of service. In his spare time he enjoyed spending time with family, bowling, playing euchre, woodworking and was a jack of all trades.
He was preceded in death by his wife Betty, daughter Barbara Esakov, son Mark Reitz grandsons Anthony and Dominic Ciccolini and his dear friend Katy Cole.
Bob is survived by his daughter and son-in-law Jeanne and Don Ciccolini of Wadsworth, brother John Reitz, son-in-law Robert Esakov and daughter-in-law Sheryl Reitz. He is also survived by his grandchildren Scott (Kelli) Esakov, Sarah (Brad) Lemmon, Steven (Erin) Reitz, Jim (Karina) Ciccolini and Michelle Reitz and seven adored great grandchildren.
The family will receive friends 5-8pm Monday at the Hilliard-Rospert Funeral Home, 174 N. Lyman St. Wadsworth where funeral services will be conducted at 11am on Tuesday.
In lieu of flowers memorial donations may be made to Haven of Rest Missionaries. Masks will be required at the funeral home.