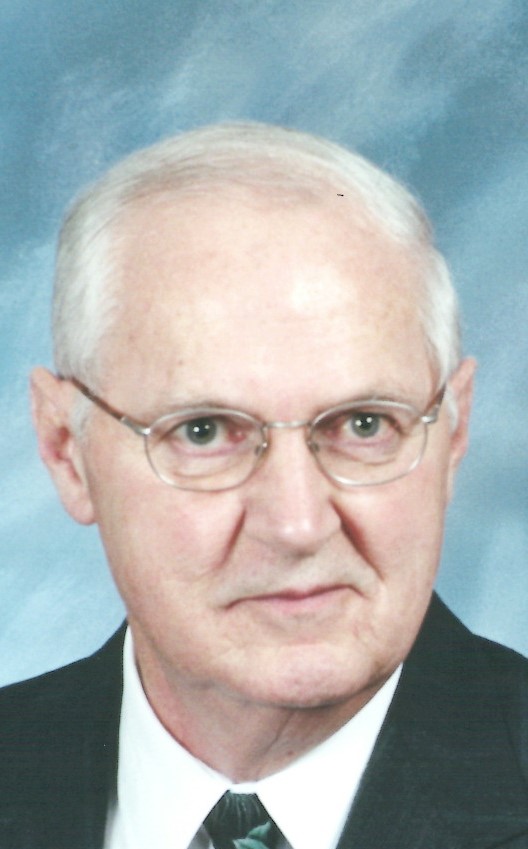 Robert G. Rich, 88, formerly of Akron passed peacefully from this life on Monday, October 7, 2019.
Bob was born at home on October 10, 1930, to Homer and Anna Katherine Rich.
After graduation from Garfield High School Bob married the love of his life, Angie, on Valentine’s Day, 1950. Bob and Angie were blessed with 65 years together before her passing in 2015.
Bob was a veteran and served in the Army during the Korean conflict.
He was employed at The East Ohio Gas Company and retired after 30 years of service.
Bob will always be remembered for his kind spirit and his joy of music and laughter. Some of his greatest enjoyments in life were spending time with his family – especially his grandson, Rex after retiring. He loved working in the yard and around the house, walking with his brother, Homer, every morning, lending a helping hand to others, and serving his Lord.
Bob was a faithful member of the church of Christ for 32 years.
He was preceded in death by his parents, his beloved wife, Angie, sisters; Betty Church and Anna LouNeal Hohn and brothers Homer E. and Jay Russell Rich.
He is survived by his caregiver and daughter, Kathleen Slee, son-in-law Rex; grandson, Rex Robert Slee, great-grand-daughters Savanna and Mackenzie, sister Mary Alice Church, brother Edwin, his nieces and nephews and many others who loved him.
The family wishes to express their deepest appreciation to The Inn at Coal Ridge and most recently the staff at Grand Living for their loving care and devotion to Bob during his latter difficult years after losing his eyesight.
The family also wishes to thank the nurses and staff of 5 North and Summa’s Palliative Care and Hospice Unit for their loving care, respect and compassion given to him during his final weeks.
The family will receive friends on Friday, October 11th from 4-7 pm @ Hilliard-Rospert Funeral Home, 174 N. Lyman St., Wadsworth, OH. Funeral services will be conducted Saturday, October 12th at 10 am. with Evangelists Robert Dickey and Jonathan Swaino officiating. Interment will be @ Rose Hill Memorial Park.