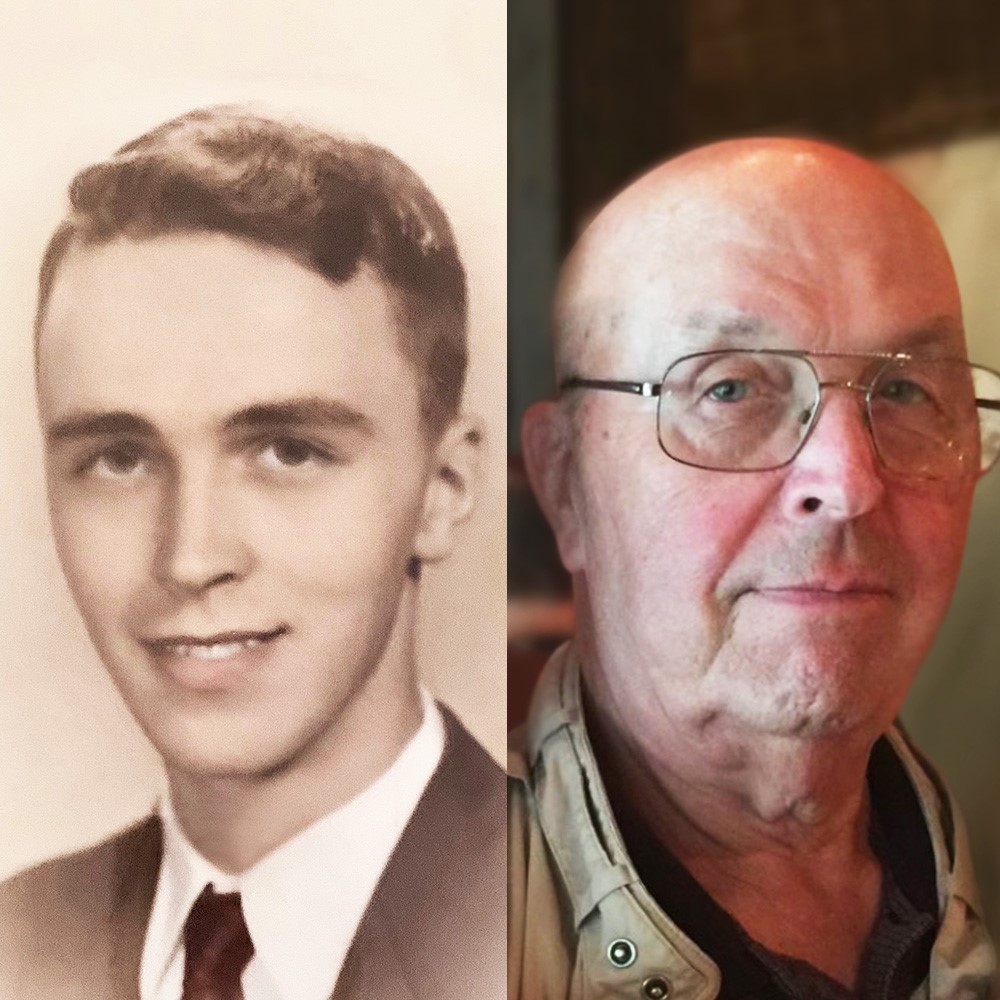 Robert Brent Simmons passed away peacefully on October 27, 2022, at the age of 84, surrounded by his three daughters.

Born on April 17, 1938, Bob was a lifelong learner. Before receiving his Ph. D in Inorganic Chemistry from West Virginia University, he began his formal education in a one room school house in Marshall County West Virginia. He was promoted straight from the third grade to the fifth grade and went on to graduate third in his high school class of 1955.

Bob (or Bobby) was raised on his family’s dairy farm by parents Bob & Helen Simmons (Neehouse) alongside younger brother, Garen. Life lessons outside of the classroom were plentiful, and his family instilled in him a steadfast work ethic, insatiable sense of curiosity, incredible thriftiness and love of gardening. Later in life, Bob was known for his home-grown beans and tomatoes.

Bob’s education took him to faraway places. Upon high school graduation, he was appointed to the US Coast Guard Academy. After completing his undergraduate degree from WVU, he received his ROTC commission to serve in the demilitarized zone in Korea where he was honorably discharged as a first lieutenant in the US Army.

Back in the states, Bob began working as a research chemist at PPG Industries, the same company where he would spend his career spanning over forty years and three different cities. Notably, he met his future wife, Carol, while working alongside her at the lab in Natrium, WV. They married in 1963. After receiving a NASA Fellowship and completing his Ph. D in 1967, Bob and his growing family moved to New Martinsville, WV and then Norton, Ohio. While in Ohio and Monroeville, PA, he lead the technology on Sustain pool chemicals among other projects. Bob was the author of numerous publications in his field, as well as creator of several patents. He was known by his colleagues not only for his scientific contributions, but his creativity, thoughtfulness and leadership. Post-retirement, he continued to serve as a consultant for PPG.

Bob’s hobbies and interests were widespread. As an early adopter of technology, he was the proud owner of an original Macintosh computer, and became a lifelong Apple user and expert emoji texter. He was a lover of all sports. He played basketball and softball in leagues throughout the Ohio Valley and Northeast Ohio. He coached all three of his daughters, and later, grandchildren. He served as the assistant coach for several winning seasons with the Norton High School Girls Softball fast-pitch team. A huge proponent of lifetime sports, Bob was an avid golfer. His most recent accolades include winning his age division for the PPG Retiree Golf League at Brookside Country Club in 2018.

Bob continued to serve his country long after his time in the army. He was a student of current events and defender of democracy. He was an active political volunteer in his community and beyond, campaigning for various candidates at the local and national level during his retirement years. He believed in civic duty-he always encouraged his family to be informed, vote, and take steps to preserve the environment.

Bob’s most proud accomplishment was his family. He was a true pillar for his three daughters, Jane, Stephanie and Cary, all throughout their lives. He dedicated his time to his children and grandchildren in many capacities: as teacher, coach, loyal fan and trusted advisor. He made it possible for all three of his girls to receive a college education. He was their hero.

Bob cared for his wife Carol in her final years. He lived by example. He always showed up-and had the perfect witty comment for any scenario. He knew the exact weather statistics for the days his loved ones were born, and if there was a storm coming in your area, he knew it before you did (and would track it to be sure you were out of harm’s way). He believed in moderation and enjoyed buckwheat pancakes, the occasional glass of red wine, and a well-kept lawn. He took the time to explain things. He had integrity. Bob’s family and those who knew him will be forever touched by the ways he enriched their lives and inspired them to be the best versions of themselves.

His family would like to extend a special thank you to Uncle Garen, Vinnie, the staff of the Justin T. Rogers Hospice Center & The Inn at Coal Ridge.

There will be a private celebration of life honoring Bob. Hilliard-Rospert Funeral Home will be handling all arrangements. In lieu of flowers, donations may be made to Norton High School with “Simmons Softball Memorial” in the memo, at 1 Panther Way, Norton, OH 44203, or in support of the Mountaineer Chemistry Scholarship at give.wvu.edu <http://give.wvu.edu> with “In Memory of Robert Simmons” in the notes section.