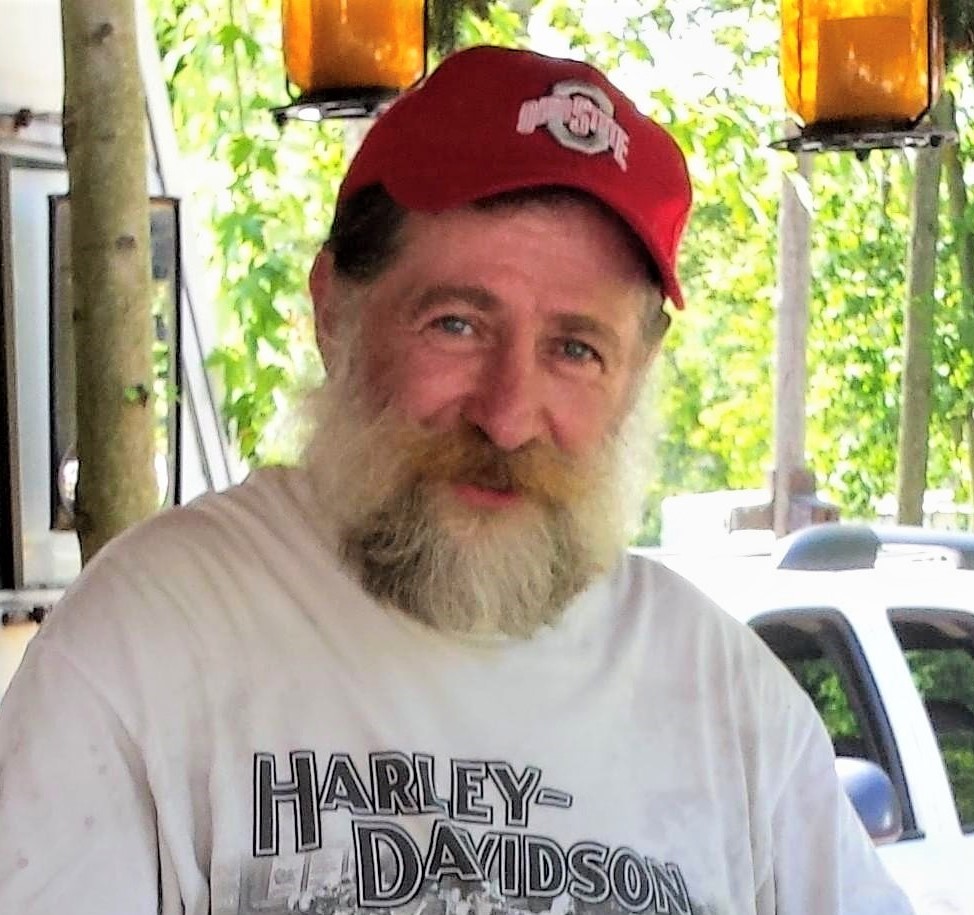 Vernon D. Stein, 64, of Birmingham, OH passed away unexpectedly Sunday, January 17, 2021. He was born July 17, 1956 in Sandusky, OH, son of the late Donald and Ruth (Hall) Stein. He was a 1974 graduate of Firelands High School where he was a member of the Golf Team and the Marching Band as a drummer, later using his musical talents to form his own band. Vern became a Journeyman of the Intrn’l . Union of Painter’s & Allied Trades Cleveland retiring after 30 years. He was an avid Harley Davidson enthusiast traveling to many bike weeks across the USA from CA to Sturgis, SD, FL and beyond. Vern was a loyal Ohio sports fan cheering on his beloved Indians, Browns, and OSU Buckeyes! He loved golfing, fishing, and simply hanging out at the New London Reservoir with numerous friends and family for 25+ years. He also raced his 1970 GTO Judge at Norwalk Raceway in the late 1970’s. Vern never turned a friend down that asked for his help be it drywall, mechanics, building or just simply listening. He will be deeply missed by all that knew him. He was preceded in death by his sister Shiree (Stein) Ksenich. Vern is survived by his sisters Elaine (Mark) Martin, Donna (Lynn) Bender, Mari (Donald) Jackson and brother-in-law Paul Ksenich. He is also survived by his nieces: Cortney (Tuttle) Finley, MacKenzie (Martin) Mate, Alexandrea Martin, Sara (Jackson) Martineau, Erika Bender, Becky (Ksenich) Benko, nephews Adam Jackson and Jacob Bender, along with numerous great nieces and nephews. Private services were held Tuesday for Vern’s family. The family is planning a celebration of life for Vern summer 2021