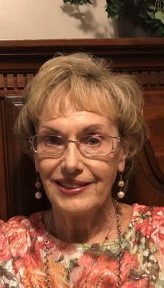 Corrine was a dedicated and loving wife to Larry Stimely for 56 years. She was also a loving sister, sister-in-law, mother, grandmother, aunt, great aunt and friend to all who knew her beautiful smile and laughter. Corrine always gave to others over herself. She was a lifelong resident of Wadsworth, Ohio and attended Sacred Heart School and Wadsworth High School graduating with the class of 1961. Corrine worked for Rohrer Corporation for 22 years. She enjoyed singing in the choir at Sacred Heart Church. She frequently volunteered at Wadsworth Hospital and also enjoyed volunteering at the voting polls for the community. Corrine’s greatest joys included traveling in the Carribean for 20 years and spending time with her children and grandchildren.

The family will have visitation hours Thursday at Hilliard-Rospert Funeral Home at 174 N. Lyman Street in Wadsworth, Ohio from 9:00-10:30 am.There will be a catholic mass at Sacred Heart Church at 220 Broad St on Thursday May 13 at 11am. Interment will be in Ohio Western Reserve National Cemetery.