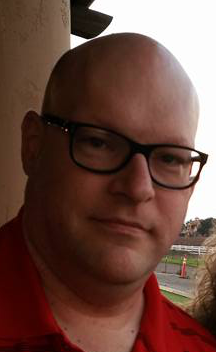 Larry L. Stimely Jr., 56, of Wadsworth passed away suddenly Saturday, June 18. He was born December 8, 1965, in Wadsworth to Larry Stimely Sr. and the late Corrine (nee Woods) Stimely. Mr. Stimely was a graduate of Wadsworth High School Class of 1984 and received his bachelor’s degree from the University of Akron in 1991. He was a lover of dogs (puppies especially) and politicking. He enjoyed music from the ‘50’s, ‘60’s, 70’s and early ‘80’s. He always said listening to music from the ‘70’s reminded him of family trips to Canada.. I believe it took him back to those days. He was particularly proud of his extensive CD, record and digital music collection. In his younger years he was even a DJ. He was also a HAM radio operator (KJ6SET) having attained a General license, a lover of Airplanes and was a student pilot working to get his pilot’s license. He was also particularly proud of being an IBM AIX Systems administrator who had earned an IBM eServer Certified Advanced Technical Expert certification for pSeries and AIX.
He particularly enjoyed visiting family in Central Pennsylvania and going into the mountains. Larry loved food with his favorite being barbecuing and smoking various meats. He had a real sweet tooth as well. He loved going on “restaurant road trips.” He also treasured fresh crab from Northern California which he missed greatly after moving back to Ohio.
He was preceded in death by his mother Corrine, grandparents Paul & Margaret Woods, Park and Pearl Stimely, his father-in-law and mother-in-law James and Rosemarie Poski, cousin Bruce Stimely, uncle Bill Woods, uncle and aunt Richard and Shelby Stimely, uncle and aunt Fred and Sue Stimely and cousin Jesse Stimely.
Larry is survived by his wife Noelle (nee Poski), his father Larry Stimely Sr., sister and brother-in-law Paula and Bill Gillard, brother and sister-in-law Michael and Free Stimely, and his dogs Teddy and Maddy.
The family will receive friends and family 5-8pm Friday, June 24 and 2-3pm Saturday, June 25 at the Hilliard-Rospert Funeral Home, 174 N. Lyman St., Wadsworth where a funeral service will be conducted at 3pm Saturday.
To view Larry’s service via streaming, copy and paste the following link into any browser: https://boxcast.tv/view/larry-l-stimely-jr-funeral-service-f6lgowswmoa7u1wkcvwr