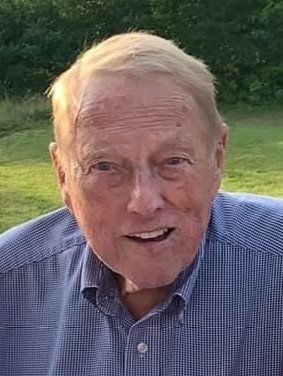 Curtis Anson Thompson, 82, passed away on Friday, October 23rd unexpectedly at his home after a short battle with lung cancer. He was born April 12, 1938 in Negley, Ohio to the late Curtis Lee Thompson and Dorthea (Dyke) Ludwig.

He graduated from East Palestine High School in 1956. He married his high school sweetheart, Nancy Ward. They celebrated 59 years of marriage in May. Throughout their marriage, they lived in various parts of PA and OH and had two children, Amy and Chris. Curt developed his own business, Thompson Mechanical Equipment Company, in Wadsworth, OH where he and his family resided for 48 years.

Curt was an active member of the Wadsworth United Methodist Church and active volunteer with Hospice of Medina County. He just celebrated 20 years of dedicated service September 2020 with Hospice. His passion was lay speaking and providing worship services for local nursing facilities. He was a man of deep conviction concerning his faith in the Lord Jesus Christ. His devotion to his church and compassionate heart as a Hospice volunteer define the goodness of the man he was. Curt spent his last few years enjoying his family and working with his son, Chris on his alpaca farm. Curt will always be remembered for his smile and welcoming attitude. He never knew a stranger. He will be missed immensely but will live in our hearts forever.

Family will receive friends Friday October 30th from 10 am-11 am at Hilliard-Rospert Funeral Home, 174 North Lyman Street Wadsworth. Family will honor Curt’s life with a private service to follow.

In lieu of flowers donations may be made to: Hospice of Medina County, 5075 Windfall Rd. Medina, Ohio 44256.

The family invites you to view Curt’s funeral service at 11am Friday, October 30 at https://boxcast.tv/view/curtis-thompson-funeral-service-o4naunxm76p3yxtpx0h2