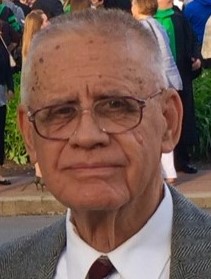 Dr. Paul Latta Townsend, 88, passed away August 20 after a full and satisfying life. He was a man committed to the things he loved – 58 years as an optometrist, 70-plus years in Scouting, 64 years of marriage, and an abundance of family, friends and faith.
Born Nov. 29, 1931 in Wadsworth, he also spent his childhood in Cuyahoga Falls, Barberton and Huntington, WV. He graduated from Wadsworth High School and went on to attend the University of Akron, playing varsity tennis there, and The Ohio State University, attaining his Doctor of Optometry degree in 1956. He operated vision practices in both Barberton and Wadsworth. He was an active member of the Wadsworth United Methodist Church and served Boy Scout Troop 402 and Pack 3402. Paul served on many professional boards and area civic organizations, played in numerous tennis leagues and tournaments, was a top local fast-pitch softball pitcher, enjoyed hiking, camping, bocce and was widely known as the “games master.”
He will be dearly missed by his wife, Ruth Ann (Holsberry), children, Ann O’Neill (Mike) and Shelly Davis (Jim), daughter-in-law, Jennifer, sister, Doris, brother, Jack, his dear grandchildren, great-grandchildren, nieces, nephews, cousins and innumerable friends. He was preceded in death by son, Gregg, his parents, Jim and Ethelwyn, and brother, Jim. The characteristics that defined him – a positive outlook, collections of “anything,” always-in-fashion crewcut, magic tricks, immovable convictions about faith and politics, and his general goodness and integrity – will be missed.
Please send memorial donations to Troop 402 or Pack 3402, 195 Broad St., Wadsworth, OH 44281; or to Great Trail Council Friends of Scouting, 4500 Hudson Dr., Stow, OH 44224 (Memo line: In memory of Paul Townsend).
Interment will be held at a later date.