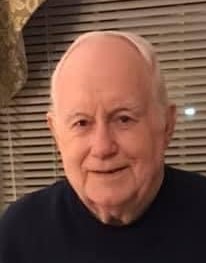 Kenneth Dayle Watson, beloved father and grandfather, went home to be with the Lord on Thursday, October 21, 2021.

He was born February 8, 1934 to the late Leland and Glenna Watson in New Concord, Ohio. Kenny married the love of his life, Patricia Henderson on April 8, 1955 and was the most devoted husband until the day she passed away.

Kenny was a member of the United States Army until he was honorably discharged in 1962. He held many jobs over the years including P&M Coal Mine, McGraw Edison, and owning Domino’s Pizza franchises in Massillon and Wadsworth, Ohio.

Kenny loved his family and would happily tell you how proud he was of all his grandkids for as long as you would listen. He was a devoted Christian and a kind hearted man who always had a joke and smile for you. Kenny never met a stranger and his family would often find him talking to a stranger he had just met like they were old friends. He loved playing board games with grandkids and card games with friends. He also enjoyed taking his great grandchildren on walks.

The family will receive friends 5-7pm, Wednesday , October 27 and 9-10am, Thursday October 28 at the Now Church, 743 High St. Wadsworth where funeral service will be conducted at 10am Thursday.
Private entombment will be in Greenlawn Memorial Park.

Memorial contributions can be made to the Alzheimer’s Association or the charity of your choice.