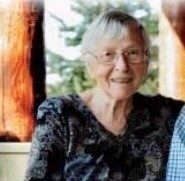 Lois Weirath, 94, died June 3, 2020. She was born October 19, 1925 to the late Charles and Dorothy Smith in Ellet, Ohio.
Lois and her husband Harry were the owners of Islay’s Dairy and Weirath’s Restaurant in Wadsworth and were mainstays of the downtown business community for nearly 50 years. In addition, they loved Wadsworth and made it their home for over 70 years.
Lois was well-known and liked for her friendly, down-to-earth nature. Not known to many was that this one-time farm girl had also been a talented, competitive young athlete and carried that love of sports into adulthood, winning many honors as a golfer and bowler. She continued to avidly and adeptly play golf well into her 80s.
Lois was preceded in death by her beloved Harry in 2017, after 72 years of marriage. She is survived by her children Marlene (Larry) Bagwell of Port Clinton, Ohio, Harry (Barbara) Weirath of Richfield, Ohio and Kristine (Ron) Nagy of Doylestown, Ohio; grandchildren Eric (Jill) Bagwell of Massillon, Ohio, Matt (Wes Adams) Weirath of Seattle, Washington and Elizabeth (Alex) Long of Fredericksburg, Virginia and great-grandchildren Alex, Cooper and Elena Bagwell and McKenna, Alexander, Owen and Scarlett Long.
The family will hold a private ceremony at Woodlawn Cemetery on June 19. Pastor Tom Ledford will preside. Anyone wishing to make donations in memory of Lois are asked to do so to Allay Senior Care of Meyers Lake, which took such wonderful care of her in her last years.