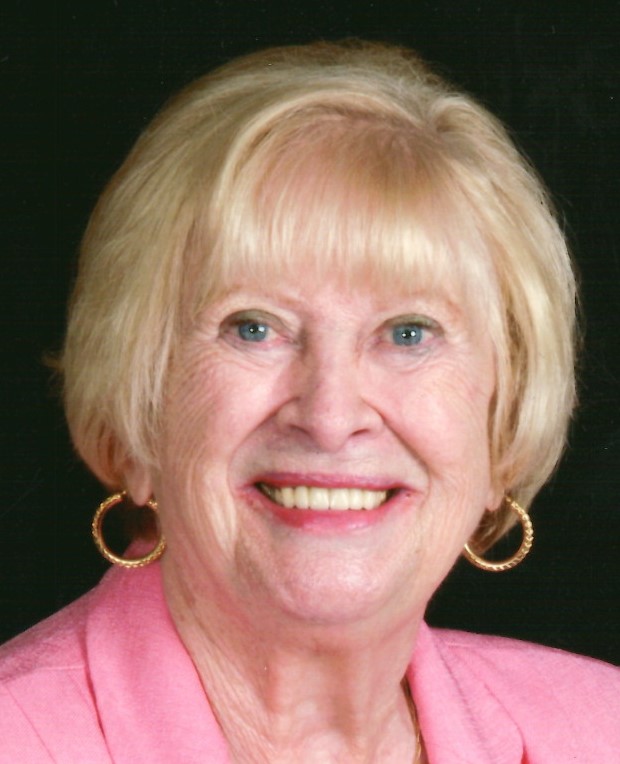 Wadsworth — MaryLou Wells, age 86, passed away on June 19, 2021 after a brief illness. MaryLou was born on October 13, 1934 in Canton, Ohio to the late Dennis and Melba Hukill. She was raised in Canton and graduated from Lincoln High School, Class of 1952. She had many fond memories of high school, but the greatest were remembering the annual May Fiesta choir programs.

She proceeded to Mount Union College where she was a member of Delta Delta Delta sorority and served as president from 1954-1955. She was a four-year cheerleader, four-year member of Mount Union’s choir, and was on various Queen’s Courts along with several other activities. She graduated in 1956 with a Bachelor of Science degree in Elementary Education. On August 25, 1956, MaryLou married Dohrman Wells, whom she met at Mount Union. She taught at Schumacher School until they moved to Cuyahoga Falls. She put her teaching career on hold to raise her sons, Doug and Mike.

The majority of her life was spent in Wadsworth, where she was active in the community. She is a past member of the Silvertown Club, Junior Women’s Civic Club of Akron, Junior Section, Litchfield Rehabilitation Board, Wadsworth-Rittman Hospital Auxiliary and past director of volunteers, Rawiga Country Club; and present member of Delta Delta Delta alumnae, Wadsworth United Methodist Church, Salvation Army Auxiliary, Art and History, and Wadsworth Women’s Club. Both she and her husband were dedicated Mount Union alumnae and long-standing football season ticket holders. She cherished the many friends she had from Mount.

She tutored children at Wadsworth Middle School and returned to full-time teaching in Wadsworth from 1991-1995. She loved being with her “kids” as she referred to her students. She was a devoted mother to her two sons, Doug and Mike. Her favorite word became “Grandma” and she loved her five grandchildren.

After her husband’s retirement, they spent their Winters at their condo in Siesta Key, Florida. There she enjoyed activities with her condo friends, Tri-Delta alumnae and the Church of the Palms. Following her husband’s death in 2012, she ultimately relocated to Brier Creek Independent Living in Green in December of 2019. She made many friends there and always enjoyed the musical entertainment. She never forgot anyone’s birthday or missed an opportunity to send a holiday card.

MaryLou was preceded in death by her husband, Dohrman of 56 years; and is survived by son, Douglas and grandchildren, Preston and Evie of Charleston, S.C., and son, Dr. Michael Wells (Ann Maria) and grandchildren, Michael, Alexandra and Sophia of Green.

Funeral service will be held at 11 a.m. on Friday, June 25th at Wadsworth United Methodist Church, 195 Broad St., with Rev. Donald Ebert Jr. officiating. Visitation will take place at the church from 9:30 a.m. until the time of the service. Private family burial will follow at West Lawn Cemetery in Canton. In MaryLou’s honor, her family suggests that you enjoy a breakfast and spend time with a family member you love.