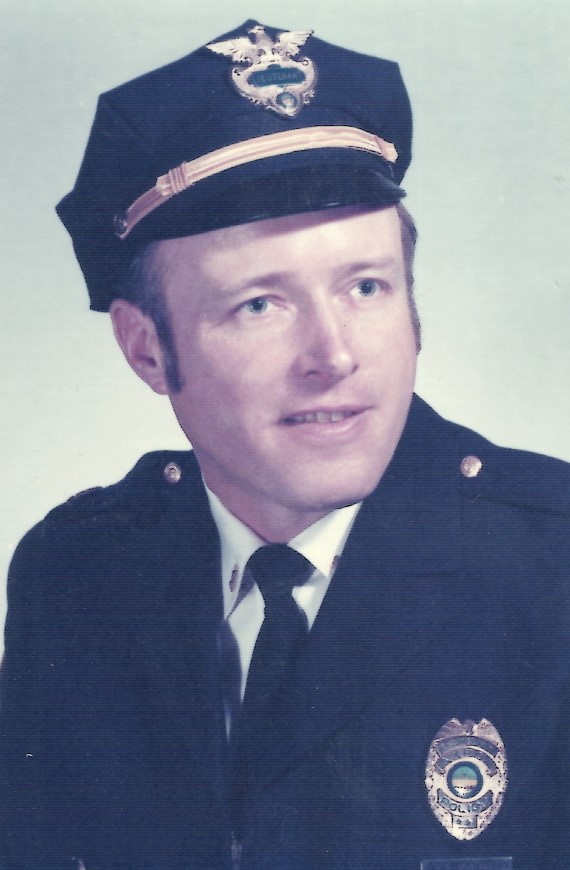 David E. Whitmire, age 85, passed away on July 22, 2019. He was born in Akron to the late Evelyn and Eugene Whitmire and was a lifelong resident of the Kenmore community in southwest Akron. He was proceeded in death by his loving wife of 67 years, Donna; son Mark David Whitmire; granddaughter Michelle Beavers; brother Charles and sister Margaret Traxler. David leaves behind his son Ronald; daughters, Sharon (Jim) Cicora and Shelley (Bob) Beavers; daughter-in-law, Verna (Murray) Whitmire; grandsons, David (Keshia), Matthew (Kim), Zachary Whitmire and Michael (Hannah) Beavers; and cherished great-grandsons, Logan Beavers, Steven Whitmire and Mark David Whitmire; and sister Lois Kelly.
David retired from the Akron Police Department in December 1990 after 34 years, 9 months of service. Promoted to Captain in 1977, he quickly became known as Captain Midnight. Upon retirement he continued as an officer in the Executive Officers Akron Police Department Reserves for another six years and was employed as Director of Security at Rolling Acres Mall until it’s closing in 2008.
David graduated from Kenmore High School in the class of 1951 and continued his education as an adult learner at the University of Akron. In 1973 at the age of 37, he obtained a Bachelor of Science in Technical Education. In 1974, he was the first person at the University to obtain a degree in Afro-American Studies. David was also an Associate Criminal Justice Professor at the University of Akron and at the University of Akron-Wayne Tech Branch. In 1984, he was the recipient of the Black Law Enforcement Officer Association’s Outstanding Community Service Award.
David served on the Kenmore Board of Trade in various roles including President, Vice President and Security Director for most of Kenmore’s Community Festivals throughout the years. David will be remembered for his generosity and unconditional support for his family, fellow officers, and community.
The family will receive friends 11am to 1pm, with a funeral service immediately following on Monday, July 29 at Hilliard-Rospert Funeral Home, 174 N. Lyman St., Wadsworth, OH. 44281. In lieu of flowers, the family requests contributions be made to the Safety Forces Support Center, 501 West Market St., Akron, OH. 44304. To learn more about this organization, go to <https://safetyforcescenter.org/>.